So here we are on vacation in Finland. So far the trip has gone off well. Other than one call for the air sickness bag due to an upset stomach for the oldest child (we were still on the ground) all has gone well.

We flew IcelandAir out of Baltimore airport. They call it Washington-Baltimore Airport, but that is pretty much a lie to trick people who are going to Washington, DC to consider using that airport, but be under no illusion. It is all the way by Baltimore. (Washington has two other airports nearby.) However, since we normally fly Finnair out of New York, Baltimore was a valid option for us. The terminal is nice and there is little activity in the ‘international’ terminal.

We were stuck in traffic most of the way there, but even so 90 minutes was not too bad a trip to get there. We did leave a little early to beat the worse of the traffic, but an accident on I95 got us stuck in traffic anyway. So much for planning.

For luggage, we have: one garment bag, three large bags, a stroller, one toddler car seat, one baby car seat, three backpacks and a diaper bag. Getting through security was a challenge with all of the gear we had in addition to having to remove everyone’s shoes and also pulling out my computer. I had offered to let the people behind me pass but they politely declined. That relieved any pressure there was about delaying the line as there was only one scanner open. Anyway, we made it through without a problem. There was one silly girl in front of us wearing only a pair of ratty flip flops. So she got to go through security barefoot.

The flight was uneventful as basically everyone on the flight went to sleep. When I woke we were only 30 minutes from landing. It was another five minute before they woke everyone up to secure the cabin. It was nice sleeping through the flight. If I had a choice between breakfast and sleeping later, I’ll skip breakfast. For those who care, alcoholic drinks are not complimentary on IcelandAir flights.

They did call for parents with children to pre-board which was nice. That must be a US standard as that did not happen with our connecting flight out of Iceland. It seems that they are as ‘progressive’ as Finland when it comes to letting parents fend for themselves when boarding flights. (In Finland they throw everyone into a holding area after checking your boarding pass, and when the plane is ready to board, they just open the door.) By the time that flight was ready, there was a long line of people already waiting and none were interested in letting us board ahead of them. No matter, we just waited fro the whole plane to board and were the last onboard. That has its own benefits since we did not have anyone trying to get past us as we settled in. It also gave us first crack at the empty seats. The airport in Iceland is nice. You are re-screened there, but again, my offer to let the person behind me pass was politely declined.

We ran into a problem at Helsinki’s airport as somehow the baggage for the flight ended up at the international terminal while we landed at the domestic terminal. We ended up having to go out and then ask customs to let us into the other baggage claim area. Oddly enough there was nobody to ask anything of at the baggage claim area.

With luggage in hand we rented our car and headed out into unseasonably cold weather. As we drove north we encountered snow, which is even less common this time of year. It was only later that I learned that Al Gore was receiving the Nobel prize. So we can probably blame this on the Gore effect. 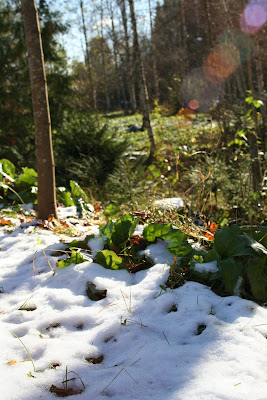 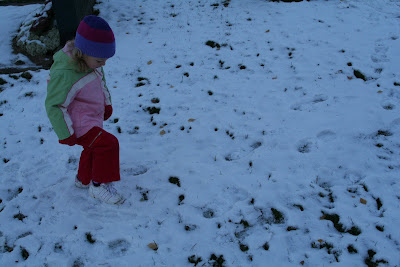 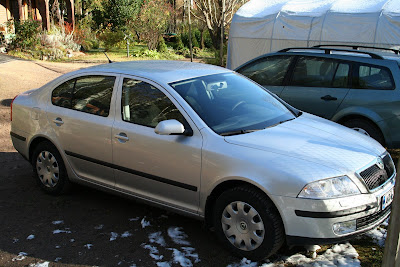 The rental, a SKODA 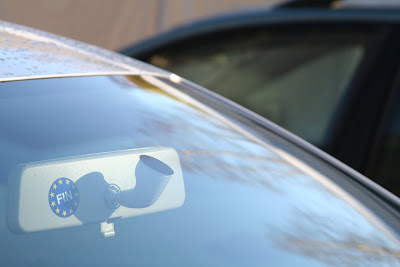