Darts In The Forest

My father in law finally got a dart board. 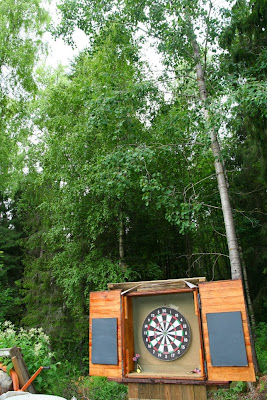 Here is a photo from a tram accident in Helsinki back in 1999.
I was on the tram and saw the car crossing in front and knew when I saw it coming that there was no way it was going to make it. It hit hard enough to spin the car around. 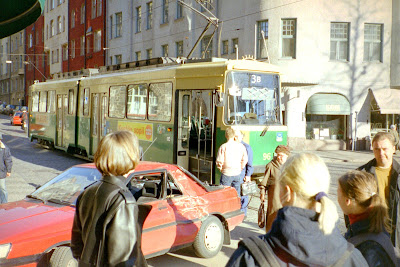 I live in Fairfax County Virginia. The local High School, Annandale High School has been suffering from overcrowding for a while. The Country is now shopping around 4 main options in dealing with the problem (link).
I had gone to a presentation back in December on the issue and the issue of illegal aliens came up. The response was that the school District was not allowed to investigate the impact of illegal aliens on school overcrowding and that they are prohibited from asking anyone about their legal status.
This is what happens when you mix politics into situations that need a clear understanding of the facts. Overcrowding is not the only issue Fairfax County Public Schools has to deal with concerning immigrants, including illegal aliens, as the county also has a problem with keeping white and black students in certain district schools that are being overrun with an unnatural influx of immigrants. you see, parents are going to believe politicians for only so long. During WWI, the Japanese knew that they were losing the war because the 'Great Victories' the Japanese were winning were ever closer to the homeland. Eventually people do figure out that they don't like what is going on. Constant school overcrowding is a definite warning sign.
Our politicians, especially our Democrat leaning ones, want to tell you that illegal aliens are not an issue and should be formally legalized and brought into our society. However, they are negatively impacting our communities in many small ways, both draining resources and packing our schools. These same politicians then pass laws requiring Government to ignore the problems created. We the people then suffer.
Our Congressman is Democrat Gerry Connolly. He is a direct contributing factor to this problem.
I don't know what else to say. It just seems that all our politicians are working overtime to wreck our neighborhoods. I am ready to fight back, and guess it is time to get more involved.
--------------------

Last night returning to my hotel I ran into Dan Mitchell of the Cato Institute and Brian Garst of the Center for Freedom and Prosperity and Big Government. 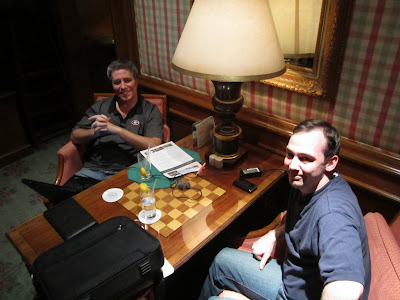