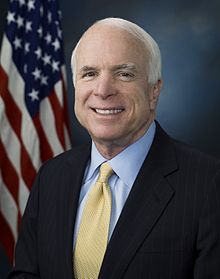 Earlier, the former Republican presidential nominee said he expects Hagel to be confirmed as defense secretary even though he doesn’t plan to vote for him.

Senator McCain is playing old-school Senate games. The President however is counting on the Republican Senators to play by these rules as he breaks them and uses them to his advantage. After all, it was President Obama who declared that the Senate was on recess so that he could push through some of his political appointees that the Senate was holding pro-forma sessions specifically to prevent the President from appointing without confirmation from the Senate.

Senator McCain has become a useful idiot and an enabler of the left. Take the calls for more gun control. Lets forget that the Democrat suggestions and demands are unreasonable. You don't hear Senator McCain defending the rights of Americans. No. Instead he is eager to find compromise with the democrats. This compromise will be at the expense of our rights. And for what? So that Senator McCain can continue to be a big-ish man in Congress. Forget it.

The point of Senate Confirmation is to ensure that Presidential appointees are competent and qualified to serve in the positions that they have been appointed to. If you think that Hagel is unqualified, than do what you can to keep this unqualified idiot from a position in charge of the Pentagon.Senators have such powers, especially when they act together. McCain would rather move along. That is unfortunate. Many people busted their asses working to help McCain become President. It would be nice if McCain busted his ass once in a while in return...

Labels: Being Less Stupid, Idiot Politician of the Day, McCain

Talk about being unequal before the law. Americans are forced to go through evermore humiliating inspection and investigation at the border, while millions of illegal aliens bypassed our border controls and now enjoy near immunity when it comes to being held to account for violating our immigration laws:

The Department of Homeland Security’s civil rights watchdog has concluded that travelers along the nation’s borders may have their electronics seized and the contents of those devices examined for any reason whatsoever — all in the name of national security. - Wired.com

Now compare this with how illegal aliens are free to roam the country with little fear of arrest, even able to appear before Congress.

Breitbart News has learned that one of the witnesses at the Senate Judiciary Committee hearings on immigration next week will be outspoken illegal immigrant Jose Antonio Vargas--who will be seated at the same table as Chris Crane, leader of the Immigrations and Customs Enforcement employees’ union that is suing the government over Obama administration rules that make it very difficult for ICE agents to arrest illegal immigrants. - Breitbart.com

The inequality does not stop at the border either. In order to get a Green Card for my wife I agreed to be fully responsible for her. She is not eligible f or unemployment or welfare until she performs 40 quarters (10 years) of full-time work. In addition, there was the physical, the interviews, the multiple meeting and hours of time wasted not to mention well over $1,000 in fees.

Any legalization of illegal aliens best come with a boatload of requirements like I was forced to sign. The kicker was that if we got divorced after two years, she would get to stay and I would still be fully responsible. You can bet that the Obama Administration is planning to give legalized illegal-aliens free health care (At least this is my prediction). Funny how they don't do that for legal immigrants even banning access as part of a precondition for entry.
-------------------- 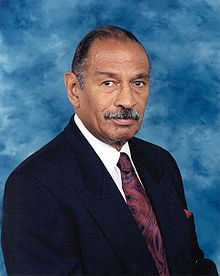 Here we have a member of Congress not only not upholding the law, but also advocating the destruction of the rule of law. This is simply inexcusable.

Opening the first immigration hearing of the new Congress, the top Democrat on the Judiciary Committee warned his colleagues not to use the term "illegal immigrant" as the debate goes on.


"I hope no one uses the term illegal immigrants here today. Our citizens are not — the people in this country are not illegal. They are are out of status. They are new Americans that are immigrants," said Rep. John Conyers Jr., Michigan Democrat. - Washington Times

If this is the position of Democrats, then can they please explain why the rest of us, actual documented American citizens and documented residents and immigrants have to be subjected to what used to be considered protecting our borders but now only seems to be harassment, unfair and unequal treatment before the law. We might as well get rid of immigration at the airports and save the expense and hassle.


Everyone arriving by air and sea is pre-checked by immigration prior to starting travel to the US. So why do we have to be poked and prodded once we get here? Illegal aliens are not. Along with that, why are we subjected to a customs inspection? Do you think illegal aliens have to put up with this crap? Hell, legal immigrants are forgiven at the airport for all sorts of violations because they may not understand the law, while Americans are whacked with fines in the hundreds of dollars for simple violations of having with them sandwiches, made in Europe by their mom (As documented on one of the border reality shows. See another example here). You could say that the US Government is discriminating against US Citizens and legal residents compared to how they treat illegal aliens.


Idiot politicians like John Conyers are our immigration problem.