Finland sent a warship to join the fight against piracy off Somalia. They just made a nice contribution by catching some pirates. 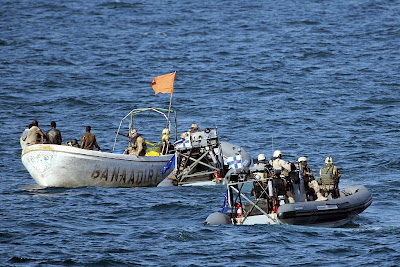 Reports so far indicate that the seizure of the vessel took place early on Wednesday morning, some 500 kilometres south-east from Salalah in Oman.

The suspected pirates were aboard a vessel that was towing two smaller boats behind it. The vessel attempted to escape, at which point the Pohjanmaa fired a volley of warning shots to deter the crew. The vessel was found to contain eighteen persons believed to be pirates. A detachment from the Pohjanmaa found material on the captured vessel that is in keeping with that used in piracy on the high seas.

The minelayer remains on station, attempting to determine the nature of the crew-members. - Helsingin Sanomat

Each victory against pirates is very important. It will be interesting to see what happens to this bunch. I suspect that they will eventually be set free.
--------------------

Here is a perfect example 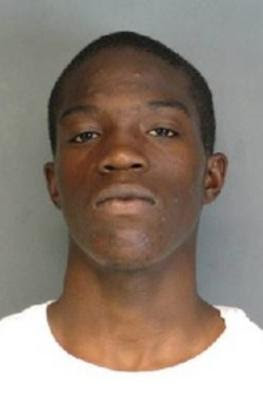 of what is wrong with how the Government, especially Democrat-controlled Government, fights gun crime. In this case you have a 'kid' caught doing illegal behavior, who gets a break with only being charged with illegal possession of a firearm and then gets a second break by not getting jail time. It is only now, years later that police they are finally considering putting him in jail, basically for ignoring the trivial punishment he did get, probation.

D.C. police arrested Vaughn in June 2009 after stopping a group of men selling drugs near the McGogney Elementary School in Southeast Washington. Vaughn fled as members of the vice squad swooped in on the group, and one of the officers saw him throw a black handgun onto the roof of the school.

"This kid has little regard for the public if he is willing to just throw [a gun] away where anyone could pick it up and potentially hurt themselves or someone else," said Matt Burke, supervisory inspector with the Capital Area Regional Fugitive Task Force. "It's time for him to take responsibility for this actions."

Police climbed the roof of the school and recovered a black Jimenez Arms .380-caliber semiautomatic handgun. Vaughn pleaded guilty to a felony charge of carrying a pistol and ammunition without a license, but he failed to appear before a D.C. judge after authorities claimed he had violated his probation. A warrant was issued for his arrest in October, and authorities said he has been on the run since. - Read More at Washington Examiner

Here is his sentence from DC Court Records:

So he got 6 months of jail time, all of which was suspended.

I just don't get it. They complain that gun crime is a big problem in DC. They when they are confronted with it, they give the criminals a free pass. And this guy's crime was not simple gun possession. He was up to worse. He only got charged with the gun crime.
The people being most punished by DC's lax illegal gun enforcement are those looking to own legal handguns and the community at-large who are forced to live with criminals like Vaughn roaming around.
--------------------