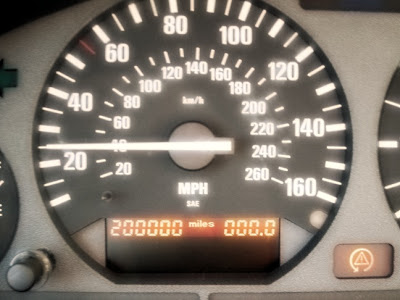 Upon hearing that DC House Member Eleanor Holmes Norton was out soliciting lobbyists with issues before her Congressional Committee, Congressman Charles Rangel realized that, he too was Chairman of the House Committee on Ways and Means, which among other things, oversees Taxation, Social Security and Medicare. With this in mind, he too decides to ask for cash from those whose livelihood his work in Congress has impacted; Every taxpayer in the US. Since there are too many to call, he decides to email everyone.
Here is a copy of one of his solicitation emails:

This is Congresswoman Charlie Rangel. Uh, I noticed that you have given to uh, other colleagues in Congress.

I am a, um, Senior Member, a thirty nine year veteran and recent Chair of the Chairman of the House Committee on Ways and Means. I’ve handled the writing of our tax laws which govern how much taxes people pay and how much (if any) benefits people receive.

I was, frankly, uh, surprised to see that we don’t have a record, so far as I can tell, of your having given to me despite my uh, long and deep uh, work. In fact, it’s been my major work, uh, on the committee and it’s been essentially having a direct impact on your quality of life.

I am, I’m simply candidly calling to ask for a contribution. As a recent senior member of the um, committee, we have (chuckles) obligations to raise, uh funds. And, I think it must have been me who hasn’t, frankly, uh, done my homework to ask for a contribution earlier. So I’m trying to make up for it by asking for one now, when we particularly, uh, need, uh contributions, particularly those of us who have the seniority and chairmanships and are in a position to raise the funds.

I’m asking you to give to Rangel for Congress. I’ll send you a follow-up note with appreciation for having heard me out. Thanks again. - Transcript found at Big Government

Clearly, he didn't send this email. But if Congresswoman Norton can solicit funds as she has been caught doing, then Congressman Rangel can solicit as I suggest above. This is merely an example of why this kind of donation solicitation is wrong. Her message sounded like a shakedown. Given that the recipient released the message to the press, he clearly thought so as well.
--------------------

Obama - Raising Taxes vs Tax Cuts: 'I've got a whole bunch of better ways to spend that money'

To add to my post from yesterday 'Bush Tax Cuts Are not the Problem, Spending is...'

What I am saying is that if we are going to add to our deficit by $35 billion, $95 billion, $100 billion, $700 billion, if that's the Republican agenda, then I've got a whole bunch of better ways to spend that money - President Obama (Via The Hill)

Of course he does. Hell, if given the chance, President Obama and his Democrat buddies have no end of 'better ways to spend your money'. The trick is, they have no plans of spending it on the people that they are taking the money from. Worse, they have no plans on spending this money on you either.

At least the President's words give good insight into how the President thinks. Basically he sees letting people keep their own income as Government spending. It is backwards and wrong. This money is owns and somehow we collectively decided to lets the idiots in control of the Government spend it on our behalf.
As for the number that the President is commenting on there above, while being large, they pall in comparison to the actual deficit total. As for the $700 billion cost the President mentions, that is the cost to extend the tax cuts for the rich for the next ten years. In comparison, 'The total deficit for fiscal year 2009 was $1.42 trillion'.
Government spending is a reckless joke. Look at all the money that has been spent and basically wasted. Just how much more needs to be spent before we all feel good? Me, all I am thinking about is my income tax going up at the end of the year and eating away any raise that I might have coming. It get worse given the tax on dividends will go up. There is nothing that the Government can do for me to compensate for the additional tax money they are going to seize from me. And frankly, I am not interested in having that money being used to help other people, like in the recent billions spent as called for by the President to save teachers jobs in a number of states. That for me is a state issue. If those states are willing to lay off teachers, firefighters, whoever, then that is their decision. If they want to keep them, then the state needs to figure out how to pay their salaries. It is asinine to force me to pay for teachers in another state in addition to paying for those here.
--------------------

Bush Tax Cuts Are not the Problem, Spending is...

Seems that President Obama has set his sights on letting the Bush tax cuts expire for the richest Americans at the end of the year. This move is purely designed to both punish the richest Americans as well as a political move for the next election to show his core voters (Other than those rich idiots who voted for him) that he is doing his best to 'stick it' to the group of American who already pay the most taxes. They claim that the rich need to pay more because otherwise the deficit will continue to grow.

The reason why I call BS on this is that reinstating the Bush Tax Cuts will do absolutely nothing to reduce the deficit. Take the following story found on the Huffington post noting that the cost to the Government to keep the Bush Tax cuts for the next ten years is between $2.5 and $2.9 Trillion. That is about $250 billion a year.

President Barack Obama favors making the cuts permanent for middle class families, those individuals making more than $200,000 and couples making more than $250,000.
The Tax Policy Center, a Washington think tank, estimates it would cost $2.9 trillion over the next decade to extend all the tax cuts, while Obama's plan is estimated at $2.5 trillion over 10 years. - Huffington Post

Now take the following recent news noting that President Obama's Administration has managed to add over $2.5 trillion to the national debt in just 19 months in office.

Given the numbers above, any politician who claims that we have to end the Bush tax cuts for the sake of the national deficit should be run out of office. These idiots in power will just use the addition revenue as a reason to spend twice as much.
Take a look at this graph (from Wikipedia) noting the difference between what the Government is taking in and what it is spending. 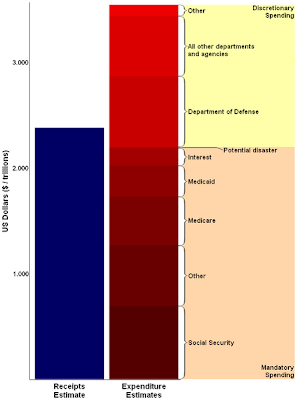 The problem is not revenue collection. It is spending. The amount of additional revenue by expiring the tax cuts for the richest would not be enough to cover Medicare spending in the graph above. And as you can see, it is a mere sliver of the additonal revenue needed to close the gap.

And for all these people out there saying that it is OK for people earning more than you to pay more taxes, keep in mind that they already pay more.
Also, as noted in my post 'Obama's 2010 Budget Spends Almost $12,000 Per American!' the level of Government spending is not only unsustainable, it is truly an irresponsible amount of spending:

At $3.59 Trillion, the Government will be spending around $11,970 per American (Given 300 million Americans). That comes out to Government spending of $47,900 for a family of four.
This is an impossible spending figure for the country to sustain. Hell, it will take years, most likely decades of taxation just to pay this one year's deficit back. - Link

I can't believe that there is any excuse to continue spending like this. None.

The house I bought earlier this year came with a flagpole. It was a nice bonus and saved me the trouble of flying a flag from the house. Plus, the wife would not have been too eager for me to put up a flagpole.
But since I have one, I fly the flag every day. And for special occasions I throw up the Gadsden Flag as well. 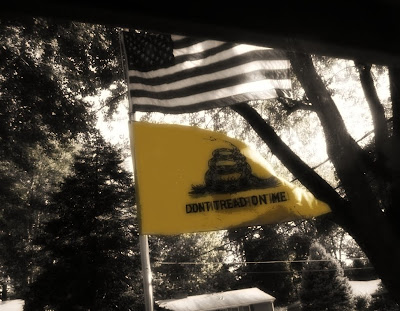 Given that the wife is not American, I needed to educate her on 'the snake flag', which I did by giving her a copy of wikipedia's Gadsden Flag entry.
And no, I am not TEA Party, but I support many of their beliefs, including less government, less taxes, less spending, tackling illegal immigration and getting rid of that awful health care law. This of course means that the Democrats need to lose control of Congress. And by default this also means that there is no such thing as a good Democrat Congressman this election as a vote for any of them is a vote for keeping Pelosi and Reid in power. Given how crappy the Republicans have been I am not too happy about having to vote for them to get this change. I am however encouraged that it appears that I am not the only one pissed off and is finding new Republicans to replace many of the problem ones. I would like to see more of that.
--------------------