So What Does Obama Plan To Use Gov't Revenue On If the Dept Limit Is Not Raised?

President Obama and his team have been making a number of threats during the discussion on how or whether to raise the US debt limit. These threats included defaulting on debt payments as well as not paying out Social Security benefits.
Now given that Government Revenue (taxes and fees that the Government is receiving each month) exceeds the amount needed to pay for Social Security, Medicaid, Defense and debt obligations, just what does he plan to use that money for if he is not going to use it to pay these items?
Also, it is nice to see questions regarding the $2+ trillion Social Security Trust Fund. As I pointed out last year:

Once the debt issue is over, the Conservatives in Congress should go back and tackle Social Security reform. The defense that there is no problem was just busted by the Democrats.

So here I am at my in-laws and even after 10 years of coming here (to what is basically the middle of nowhere), they are still finding new places to take me. This time it was to the Devil's Mountain to see a stone house built by a Finnish painter just over 100 years ago.

It was a nice day trip with the bonus of discovering that the blueberries in the forest are already ripe for the picking. 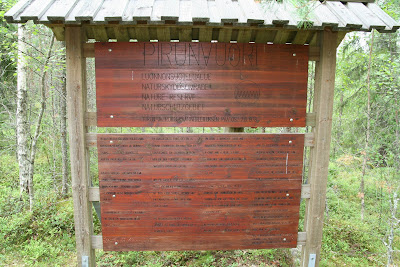 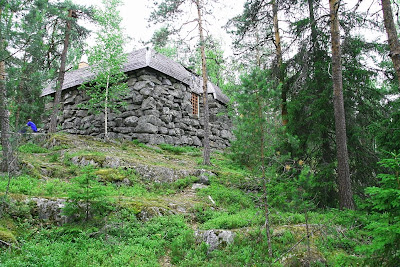 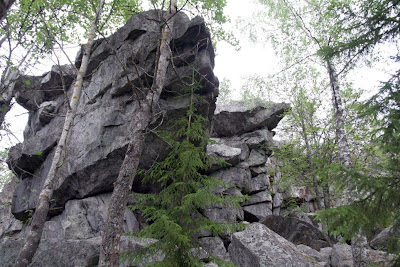 Mythical magic, soughing of the forest and rugged Finnish scenery!

This nature reserve has always been an inspiration for storytellers and poets. By hiking up Pirunvuori everybody can enjoy a trip to the past and be impressed by an untouched nature. In the beginning of the 20th century, the Finnish artist, painter Emil Danielsson built his stone castle on the peak of the mountain as his studio for more than 60 years. Nowadays this castle can be visited by tourists, giving a good impression of the spirit of that time.

Pirunvuori can be reached by walking over a path of about 2km from the hotel. - Link

Ignoring the Debt Ceiling vs Passing a Budget

News reports are suggesting that President Obama and his Democrat allies in Congress are setting the stage for the possibility of simply ignoring the country's debt limit by declaring it unconstitutional. This option does not seem so far fetched given the lack of action from the White House to come to some sort of deal in getting the debt limit raised, as well as White House recognition of the simple fact that even substantial tax increases would not be able to effect the massive spending deficit that the Government is committing itself to pay. Regardless of the issue that Republicans are refusing to consider any tax increases. Even if Republicans would be willing to raise taxes, President Obama would only be able to raise taxes on the highest earners, and not on the middle class where the most tax revenue could be collected.

So, in comes the possibility of an end run around Congress to keep the spending going regardless of any debt limit. It is an interesting solution and if done just might help push the US into bankruptcy that much faster.

But Congress does have a weapon to fight against this. Next year's budget. There are a couple options here, from refusing to pass a budget, prompting a Government shutdown, or passing a budget that only spends incoming revenue. Another option would be to pass a budget (Or better yet only propose a budget) that takes into account all spending needs and proposes across-the-board tax increases so that Americans are made aware of the actual bill for the Government services that they are demanding. At a minimum, Congress needs to start speaking up against the Democrat's proposed option of trashing the debt limit.

One more thought. A good portion of our upcoming debt increase and deficit problems are related to promises made to seniors by the politicians that they elected. These politicians failed to tax and save for these seniors. Instead, these seniors and politicians are planning to stick us children and grandchildren with the bill. So I am starting to come to the opinion that part of the solution is to break the promises made to these seniors. The promises that were made to them were in exchange for their votes. In reality, they were little more than lies. Their votes were in effect in exchange for lies. Worse, the money that should have been saved to fulfill these promises were instead stolen by these same politicians to make even more promises. So I think it is time to take a second look at what was promised and what we can afford to keep.

The Democrats will portray this as pushing grandma off the a cliff. However, there is another side to Grandma's story and it involves giving the bill to support grandma to her grandchildren and great grandchildren. That is not exactly fair. Not only that, is this what Grandma wants? I doubt it. This is why the Democrats are being dishonest in suggesting that everything can be paid for by taxing the richest a little more. This however is nowhere near enough. Future generations need to pay more. Lots more.

Now keep in mind the following when judging my comments above - Medicare is going to go bankrupt well before I can take advantage of it and Social Security is going to run out of money about the time that I will be eligible to collect from it. That is a pretty raw deal after having paid into it so far into my working life.
--------------------

You see, Tampere was a hotbed of communists during the Finnish Civel War and Mannerheim was the leader of the 'White' forces and routed the communists from the city. So, back in the 1950's when a statue was going to be erected in his honor, the city leaders stuck it in the forest, nowhere near the city itself.

So for the last couple trips here I had been meaning to visit the statue. I finally got the chance today. 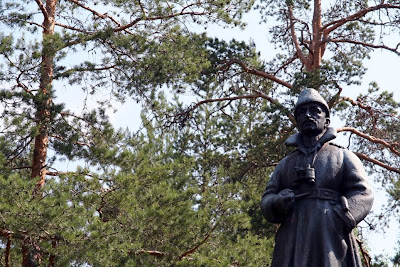 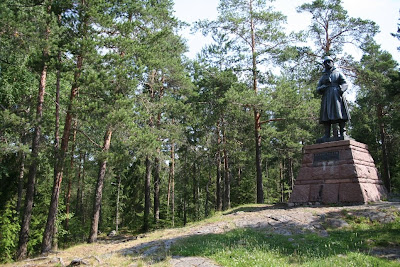 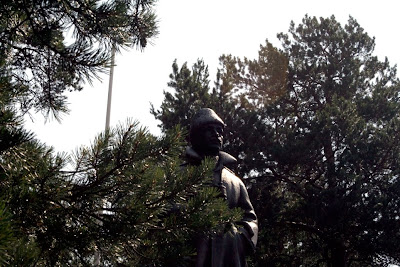 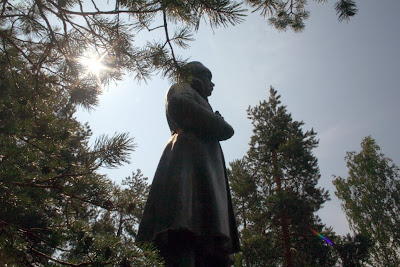 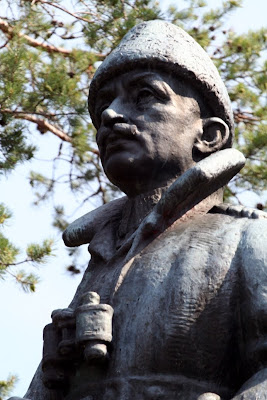 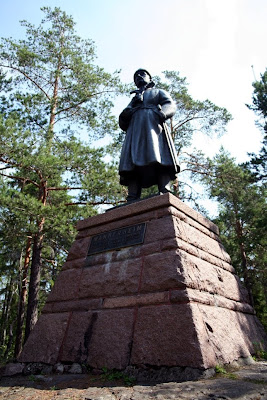 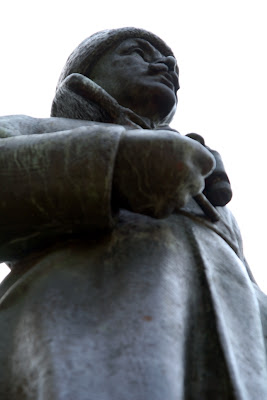 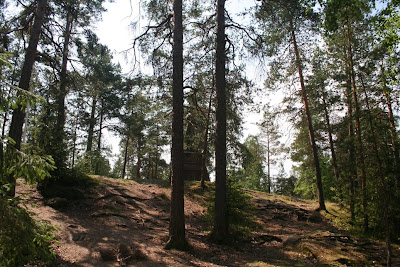 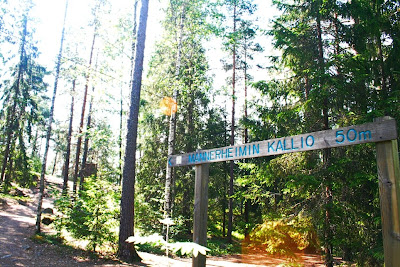 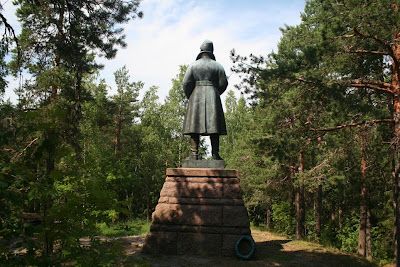