Note: This was my last regular edition of Maritime Monday. After almost 4 years I am ready for a break from the weekly routine. I look forward to reading the upcoming editions instead of writing them for a change!
-------------------- 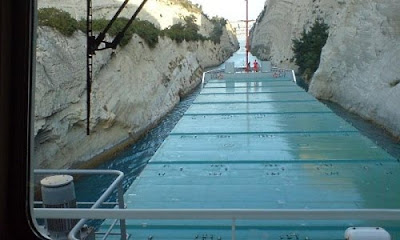 Staying home this year for Thanksgiving.

So no traffic to deal with, a plus in itself.

My first reaction to this ad was that these people are full of bullsh*t.

It is not that they don't identify a real problem, because they do. This organization is full of bull sh*t because of their endorsement of the Democrat solution of a 'public' health care option. Really, for a state with only one or two health care insurance providers, adding a Government-run public option is only going to add one more player to the market. And that one additional service provider will be a Government-run insurance provider that has the ability to offer a competing product at below-cost rates. (Taxpayers then pay the difference from the rates charged and the actual cost of the care provided.) That is not the addition of a competitor but a path to single payer. This is because the 'public' option will drive the competition out of business. The ad give example of the current lack of competition in parts of the US given how some areas have only one or two insurance companies active in those markets.
-------------------- 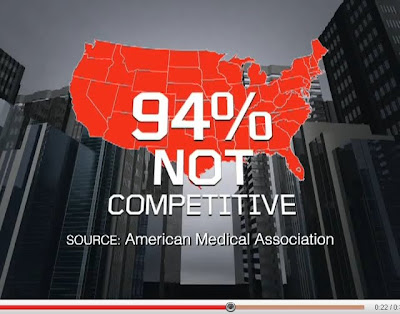 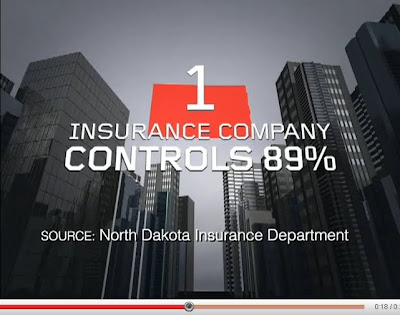 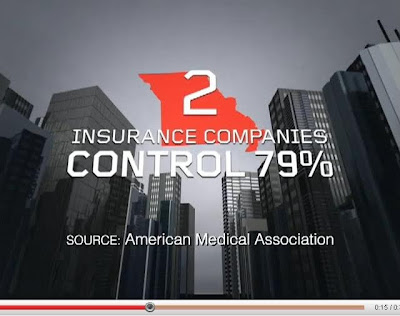 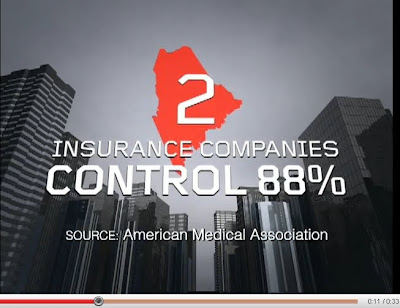 If this limitation was removed, then Congress would achieve their goal of increasing competition across the whole United States without the need of a 'Public' option. However, this is not their goal. Their goal has always been Government-controlled health care. And if they get their way, there will be only one health care organization allowed to offer health care across state lines and that will be the Federal Government.
Another thing about the 'Public Option' is that the current bills in Congress will only permit a small population of Americans eligible to enroll, so for almost all Americans the public option will not change the availability of additional health insurance providers at all, which is the main argument of this commercial. So for most people the situation above will remain even if Congress approves health care reform.
Assuming that those behind the ad are relatively smart and informed people, what exactly are they trying to accomplish with this ad?
-------------------- 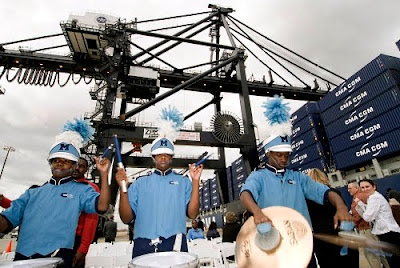 Good News About What's Not in the Climate Warmist's Emails

Surely you have now seen news of the hacked emails from the University of East Anglia’s Climatic Research Unit which seem to point to all sorts of action by scientists investigating 'Climate change' to support their theory that the world is warming and warming due to human activity. (See 'Warmist conspiracy exposed?' for a great summary of what some of the emails say.)
While others concentrate on what the emails say, I noticed at least two major points that the emails do not say. I have the database of the stolen data and have read a number of emails based on some search words that I was looking for. Here is what does not seem to be in the messages:
The only fear that I can see is their concern that actual weather patterns are not supporting their claims that the planet is warming and the fear that the voices of global warming skeptics are getting a foothold in countering their message.

So, this rather unfortunate crime of hacked messages (it is a crime after all) does bear some good news after all. For me, I have always seen the issue of 'climate change' as a two part question:
These supposedly sharp scientists have for years automatically blamed us and I have always had a hard time with the careless assumption of theirs. Now with this release of questionable activity, I would like to see a genuine attempt to properly answer the two questions above. I would also like to see these 'scientists' thoroughly investigated and prosecuted if they seems to have acted in a criminal fashion. For me, collusion to destroy data would seem to be a criminal act in it's own right.

Nothing like stealing from taxpayers to further your own social agenda. And nothing like whoring out your state's vote for some extra cash:

On page 432 of the Reid bill, there is a section increasing federal Medicaid subsidies for “certain states recovering from a major disaster.”

The section spends two pages defining which “states” would qualify, saying, among other things, that it would be states that “during the preceding 7 fiscal years” have been declared a “major disaster area.”

I am told the section applies to exactly one state: Louisiana, the home of moderate Democrat Mary Landrieu, who has been playing hard to get on the health care bill.

In other words, the bill spends two pages describing would could be written with a single world: Louisiana. (This may also help explain why the bill is long.)

Senator Harry Reid, who drafted the bill, cannot pass it without the support of Louisiana’s Mary Landrieu.

How much does it cost? According to the Congressional Budget Office: $100 million. - ABC News

Not that this type of game playing has not been done before and surely Congressmen have traded their votes for a little extra for their own state. However, this might be the most expensive vote purchase ever.

This one section of the bill will cost each American 33 cents. That is $1.32 for a family of four and if you take into account that half of all Americans pay no taxes, that comes out to $2.64 out of your pocket to Louisiana's pockets, in order to get her to vote for the health care monstrosity. Of course the money in itself is trivial, but the result is priceless.

Interesting - I am Registered to Vote in at Least Two States...

Over the weekend my brother asked me if I was still voting absentee in NY. I told him no. He then proceeded to tell me that I am still on the voter rolls in New York. I went to the New York State Voter Search (here) and sure enough my registration remains active.
This is crazy and a perfect example of how screwed up the US voter registration rolls are. The last time I voted in New York State was the Presidential Elections in 2000. I voted absentee as I was living in Finland at the time. In 2001 I moved back to the US and registered to vote in Virginia. In 2002 I moved to Washington, DC and Registered to vote there. Then at the end of 2005 I moved back to Virginia and registered to vote there that December. I have voted in each election and have only voted in the district where I was living. I checked to see if I was still registered to vote in DC (here) and it turns out that I am not.
It would be very simple to make voter rolls in the US much more accurate and eliminate the possibility of people being registered to vote in more than one state. All that is needed is to create a single national database based off of the Social Security database of only those who are citizens as only citizens are eligible to vote. When you go to register in a state, that state updates your registration. When a person dies, the database is updated and that person can no longer vote. This will put an end to relatives voting absentee for their recently departed family members.

If you really want to get fancy, the database can link to photos from each state's Motor Vehicle office. Bring in registration terminals to the voting locations and there is no longer a need for most people to produce photo IDs as you can check directly against the DMV photo.
Of course this does not really address many problems related to absentee ballot fraud, but it will certainly limit the possibilities for it.
-------------------- 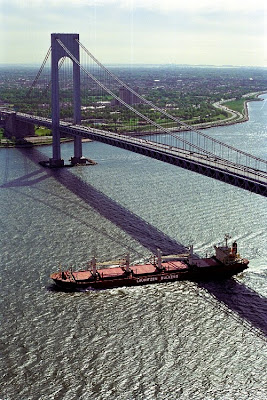 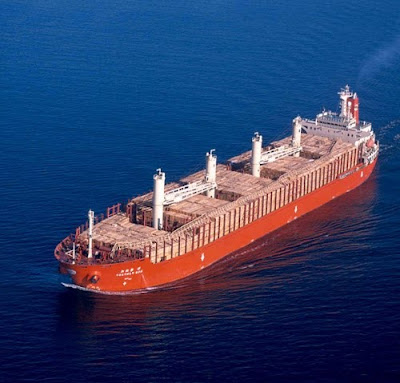 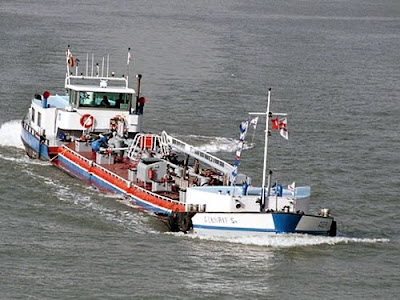