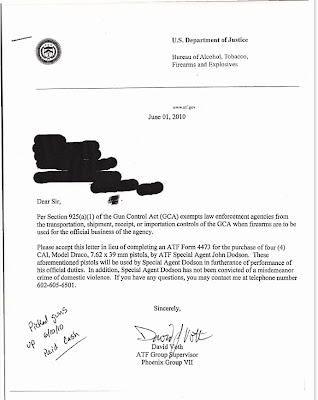 Globe and Mail: "IRS bearing down on Americans in Canada"

Many Americans both Conservative and Liberal are upset with how their Government is functioning at the moment. I know I am not happy with the idiocy that is going on and the lies being put forward that somehow, we would be able to continue spending the outrageous amounts of money that the Government is currently spending, IF ONLY rich Americans paid a little more. Even Americans living overseas cannot escape the long arm of the US Government, which has decided to extend the arm of the Internal Revenue Service, the dreaded IRS, into the pockets of Americans overseas, even those who have no link to the country other than to have been born in the US or born by US parents. Apparently, there are lots of them. From this story, there are about a million living in Canada alone:

One person who’s off the hook is my brother. He was 11 when we moved to Canada. At 17, he got a draft notice. So he renounced his citizenship (after a long lecture from a consular official). I suppose I could renounce, too – but they won’t let you do that until you’ve filed your back tax returns. As many as a million U.S.-born residents of Canada are caught in this Kafkaesque nightmare. Finance Minister Jim Flaherty has written an indignant letter to leading U.S. newspapers. All of us are getting wildly conflicting professional advice. At first, Brian and his wife, who are by no means wealthy, decided to come clean. But when they were told they’d be on the hook for $250,000, they changed their minds. - Globe and Mail

I lived in Finland for three years while doing my MBA. Two of those years I filed a tax return. The third year I didn't because I didn't meet the minimum reporting threshold. It turns out that it was good that I did because a short while later I moved back to the US and applied for a GreenCard for my soon to be Finnish wife. One of the requirements was providing copies of my previous three years Income Tax Returns, or an explanation of why I didn't file.

This experience did result in not pursuing US Citizenship for my wife. We did have plans at the time to eventually move back to Finland, and we knew that it would be better tax-wise if she did not obtain US tax liability.

It is odd however, to see the amount of effort that the IRS is extending to track down money overseas the US thinks it can extort from Citizens, however unfair, while at the same time they do little to nothing to hunt down illegal aliens living within the US who are working without the legal authorization to do so, are conspiring with their employers to not pay/evade taxes (in some cases also committing identity theft) and are simply getting a free pass.
Unfortunately, I think it is going to get a lot more painful before it gets better. This is an illustration of a pile of $100 bills totaling $15 Trillion. That is $2,500 per person on earth. That is a hell of a bill to pay off and it is still growing. And this is why the US Government is trying to fleece Americans living abroad, they are simply running out of places to rind more revenue. 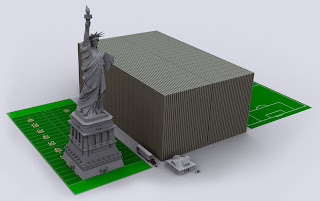 Today, the Drudge Report has this headline: 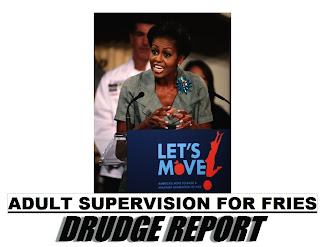 On Thursday, the first lady joined Darden Restaurants Inc. executives at one of their Olive Garden restaurants in Hyattsville, Md., near Washington to announce that the company's chains are pledging to cut calories and sodium in their meals by 20 percent over a decade. Fruit or vegetable side dishes and low-fat milk will become standard with kids' meals unless a substitution is requested. - AP News

I think this is a bit ridiculous. No kid gets fat from eating fries in a restaurant. They will get fat if their parents take them to a restaurant every day and let them eat fries and other fatty foods. This however is an issue of poor parenting, not a menu issue. And is idiotic to try and make regulations to compensate for poor parenting. But hey, Democrats are not big on the traditional family. So this is what we get as a reward.

There is a reason why restaurants serve fries as a side dish. Parents are not going to take their kids to a restaurant for them to be served fresh fruit. Going to a restaurant for my family is a treat. It is meant to be something special for the kids and us. The important thing is that it is tasty, and you can bet the restaurants know this. If we do not have a good experience, we are not going back. So it will be interesting to find out what percentage of these meals end up with the now optional fries instead of the now-standard fruit. My guess is that the percentage will be high. Will this then prompt the Administration to make fruit

And what is the deal with the war on salt? Isn't all the fresh news about salt that it is not the evil that it was made out to be.

There are a number of reasons why Five Guys is America's favorite restaurant. Two of them are fries and salt;)

So Where is the US Government's 2012 Budget?

With all the talk about deficit reduction and job creation, it seems that the simple matter that the US Government does not have a budget for 2012 has not had lots of attention recently. That is a shame given that the 2012 budget year starts in a couple weeks on 1 October, 2011. Are we headed for another last minute showdown?
--------------------