The Tank Museum in Parola, Finland

It being Sunday in Finland, all the stores are closed (save a few small ones) as part of some idiotic law to prevent store owners from 'abusing' employees by 'forcing' them to work on Sunday. So I went off to Finland's tank museum. It is a pretty cool museum, if you like tanks, which I do. For starters, there is this cutaway tank for anyone who is interested in getting a look inside one. 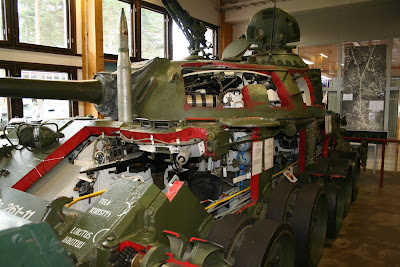 The collection is full of Russian tanks

Of course there are tanks from other countries, including this WWII Sherman Tank. 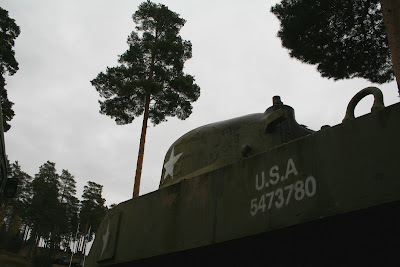 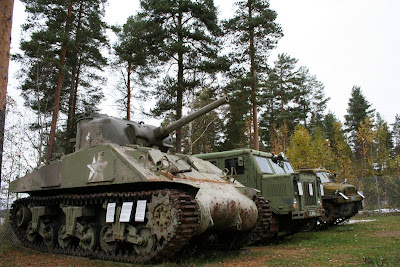 There are also a couple of WWII Nazi-German Sturmgeschütz assault guns there which were purchased by Finland near the end of the war. The Finnish Defense Forces just auctioned off three hulks of the lot, which were bought by a UK dealer. (Story here.) 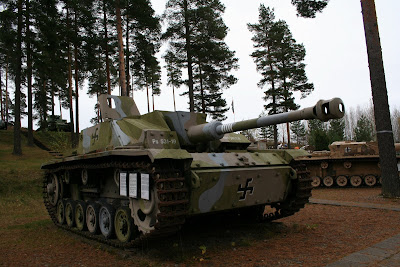 Then there is probably the most interesting piece of the collection, the armored train. 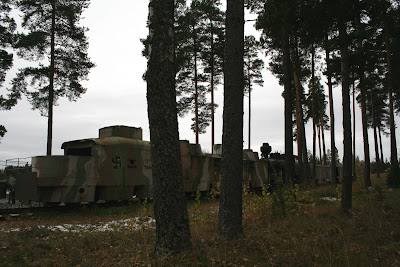 As you can see the weather was not the best, then again, we were the only two who were there. So this was yet another museum I have had the entire museum to myself. October is a good month for that.