This Weeks Photos:
Just out of the center of Washington, DC, you can find a Memorial to the TITANIC. 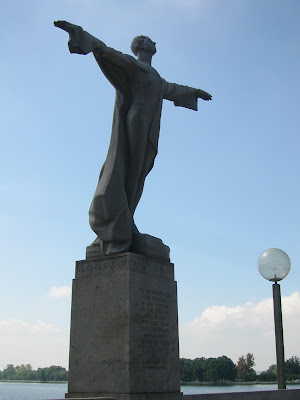 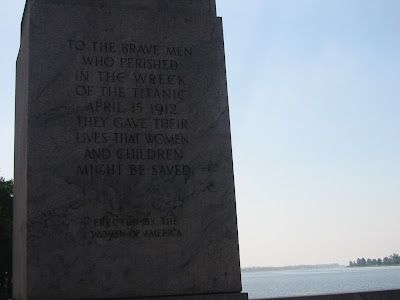 This Weeks Items:
First, lets start with a warning from a joint enquiry by gCaptain and Robin Storm: "gCaptain - Robin Storm Joint inquiry - F/V Papa George" (gCaptain link here) alerting readers to a possible malfunction of an EPIRB (For a summary on what an EPIRB is, look here) in an accident that resulted in the loss of two lives. They are looking for information from anyone who has had EPIRB problems or malfunctions.

Eagle Speak has the news "Strait of Malacca: Strait states agree to cooperate"

Honolulu Advertiser has the court's refusal to block the new Hawaii Superferry vessel ALAKAI from docking on the island of Kauai. As I had predicted, the story notes that protesters are vowing to stop the service if it returns to the island. I comment on the Coast Guard's announcement in preparation for future Superferry sailings in "Coast Guard Threatens Hawaii Superferry Protesters with Serious Fines and Jailtime". Beware the big stick. You don't want to be the guinea pig.

gCaptain also has a contest where you can win an iPhone or iPod Touch. Go find out how to win. (Then go and vote for Maritime Monday, Here!)

State University of New York Maritime College (SUNY Maritime) started this school year with its largest freshmen class, ever. Yet one more example of a healthy Maritime training programs in the US, the only first-world nation that has managed to maintain graduating large-numbers of professional Merchant Marine Officers. (Kind of hard to encourage people to seek a life at sea, working seven days a week, when all their friends are living the 'good life' with jobs limited to under 40 hours of work a week, by law. 35 hours in France. Did I mention that overtime is often mandatory?)

SAILORS, MARINERS & WARRIORS LEAGUE has Sweden's decision to mothball their largest vessel, the HMS CARLSKRONA, a minesweeper. At least, it was a minesweeper. The problem is a lack of qualified officers. (See my comments above.) 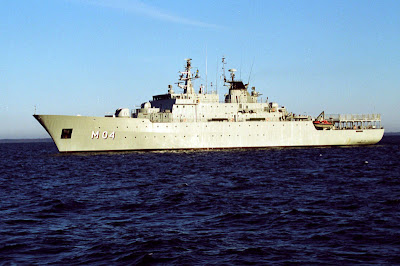 The Monitor has "Queen of Oak Bay TSB Report Released". Go read his post to learn which nut on the ship is the most important. 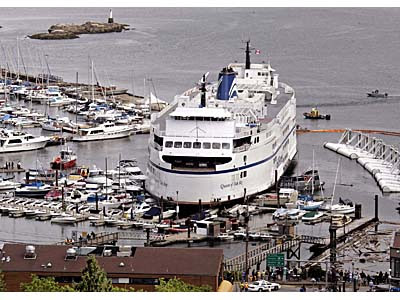 The Queen of Oak Bay, a BC ferry crushes dozens of small pleasure crafts while running aground in Horseshoe Bay, British Columbia, Canada. - Wikipedia

Shipping Times (UK) has the story of the unpaid crew on the cargo vessel MEUGANG 1 who were forced to work under horrible conditions.

The Yankee Sailor comes back from leave to learn that he will be reassigned to a destroyer as XO.

The MarEx Newsletter has South Korea's Unification Minister's crazy suggestion that South Korea should consider redrawing its sea border with North Korea as they have an issue with the current line. (Why do I think that the North has other contentions that they would like to address.)

The Organization for Security and Co-operation in Europe (OSCE) has a conference in Helsinki, Finland on 10 and 11 September to address maritime and inland waterways cooperation.

Occupational Medicine has a short report covering 866 cases of Maritime Health Emergencies on US-Flag ships that "made contact with US emergency medicine physicians for advice". (Only 2% of which were psychological. That's amazing.)

Bitter End has "DHS to Spend $10m in Seattle to Screen Small Boats" for radiation. This on the heels of an alert looking for these two suspicious guys who have been riding Seattle Ferries and have yet to be located, as far as we all know. 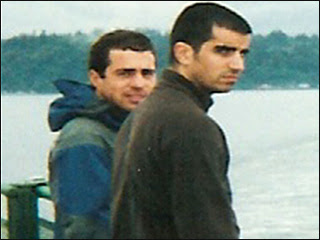 An Unofficial Coast Guard Blog has a Pentagon video program covering "The Coast Guard and illegal immigrants crossing to the USA".

Sea Fever has the coming global ban of TBT which is commonly used for anti-fouling paint in parts of the world. It has fallen out of favor in the west years ago due to it being 'toxic paint'.

The Independent (South Africa) has the abandoned and sinking bulk carrier AMUL off Port St. Johns.

Robin Storm covers a report that has the conclusion that "Stronger Hurricanes Mean Whopper Waves".

EU Observer has "EU stands firm on Gdansk shipyards" in demanding that the production capacity of the yards be reduced.

Never Sea Land has a photo of the newest, greatest 'Most Powerful Engine'. (Haven't we been down this road already? It is a biggie.)

Tims Times has the childish misuse of ship radios and even provides a response to the often-heard derogatory hail 'filipino monkey' (either said or whistled) that I have not heard of before.

Not to be outdone by foreigners, The Stupid Shall Be Punished has the great read describing childish behavior in the Engine room "Urban Legends, Nuke Style". Be sure to read the comments as well. Yes, childish behavior, while in charge of nuclear reactors. Gotta love it. (Just imagine what they do on Russian Nukes.)

Speaking of Russian nuclear submarines, Molten Eagle is looking for an answer into what is the red object issued to Russian sub crew in the photo he has posted and is asking international submariners to provide input if they know.

Mr. Boat Blog has news of the North-West passage being free of ice for the first time in recorded history.

Pilot Online has good news for the restoration of the Nuclear ship NS SAVANNAH in that a contract has finally been awarded. (A year late.) Wikipedia has a summary of the vessel's history here.

The Local (Sweden) has Sweden's increasing popularity as a port of call for the most exclusive Megayachts. Too bad that Swedes have to move out of the country to be able to afford a megayacht.

Helsingin Sanomat has problems for Argentina in finding a replacement for their heaviliy damaged icebreaker ALMIRANTE IRIZAR due to a fire. The problem is, they need the icebreaker for their summer to use in Antarctica, but the possible replacements are needed in the north at the same time for winter service.

Life of a Sea Wife has "Comfort of the Sealife"

The Pilot Boat discusses ships turned into museums in his post titled "Better than to be scrapped..."

Kiwi at Sea experiences a trip as a "VIP Ferry passenger" on an English Channel P&O Ferry.

Freaque Waves has the newest 'extreme sport' of surfing waves created by calving glaciers. And yes, there is video.

Tugster has the historic tug CORNELL "built at Jakobson’s Shipyard in Oyster Bay in 1950." The shipyard is gone, turned into a maritime center. It is on that location that the Lightship NANTUCKET is currently located. (As featured as Photo of the Week in Maritime Monday 65)

Hindustan Times notes that Indian Officials have replied 'not yet' to the US offer to donate the landing ship USS NASHVILLE (LPD 13) to their Navy. They first want to evaluate the USS TRENTON of the same class which they have just taken control of as the INS JALASHVA, expected in India today, 10 September.

Free republic readers comment on India's non-payment for aircraft 'upgraded' by Russia, as the aircraft failed to detect a submarine as it should, insisting that the aircraft problems be fixed first. (Imagine that, accountability.)

Fire on MORRO CASTLE – 1934 - On the evening of September 7, 1934, as the passenger ship MORRO CASTLE was returning to New York City following a vacation cruise to Havana, the master was found dead in his cabin from an apparent heart attack. At about 0300 on September 8, fire was discovered in the passengers’ Writing Room. The fire spread quickly through the ship, which contained fancy wood paneling and expensive cloth curtains. The acting master steamed for the nearest land – Asbury Park, New Jersey. The fire was faster than the ship; 137 passengers and crew died by the time the ship was beached. The casualty led to numerous fire-safety improvements in future passenger ships. - Dennis Bryant Holland & Knight homepage (Used with Permission)

New ID scheme for Indonesian crew - JAKARTA 3 September – Indonesia has approved nine centres for verification of Seafarers’ Identity Documents, ready for its imminent ratification of the ILO Seafarers’ Identity Documents Convention (2003). Seafarer organisations are hoping for an early ratification that would pave the way for Indonesian seafarers to be allowed into US ports. Chairman of Indonesian Seafarers’ Union Hanafi Rustandi told Fairplay that ratification would help remove Indonesia – a predominantly Islamic country – from the US blacklist. The US has given Indonesia $400,000 to set up centres to process seafarers’ ID, though the cost is likely to exceed $1M. The centres will be established at the ports of Tanjung Priok, Belawan, Tanjung Emas, Tanjung Perak, Balikpapan, Makassar, Bitung and Sorong. Indonesia’s ratification will pave the way for nearly 15,000 Indonesian seafarers to man merchant ships bound for the US, Rustandi said. - Fairplay Homepage (Used with Permission)