Welcome to this Veteran's Day edition of Maritime Monday.

*** Today is the last day of Soldier's Angels Project Valour-IT's annual fundraiser. So start the Christmas-giving season off early by giving them a couple bucks. ***

All funds received go directly to our wounded troops; 100% of your donation to Project Valour-IT will be used to purchase the laptops that will provide independence and freedom to wounded Soldiers, Sailors, Airmen and Marines. - Website here.

Our vision is to be a world class industrial shipping company and the preferred carrier in our chosen business segments. - Star Shipping 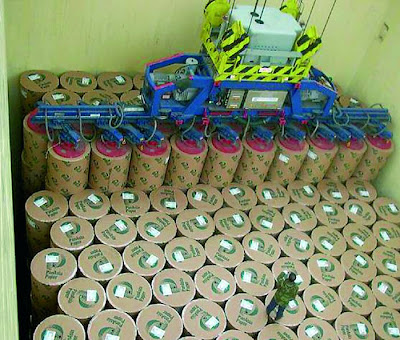 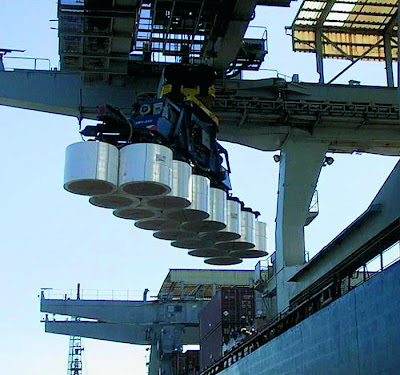 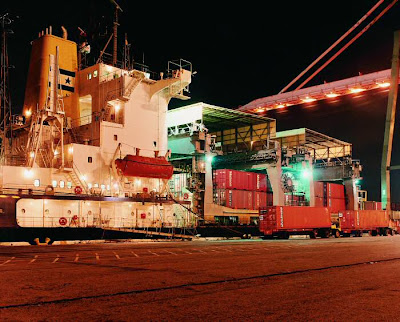 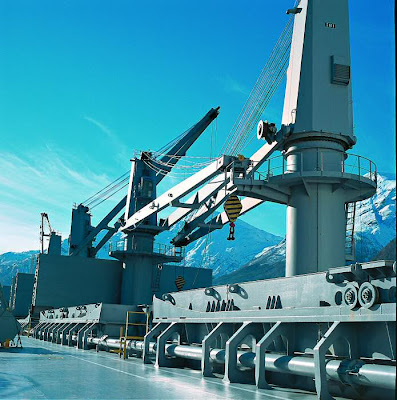 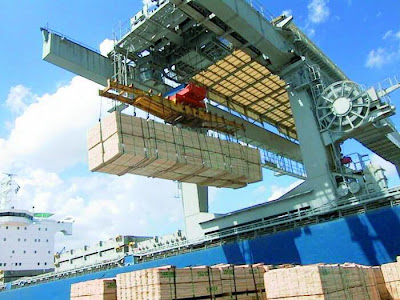 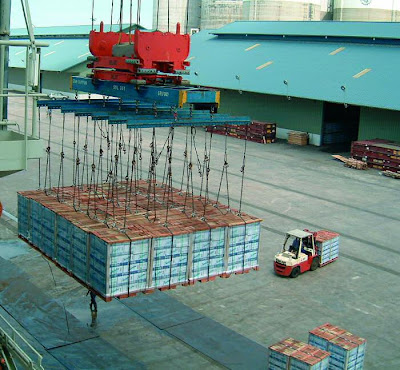 Some cargo still doesn't get stuffed into containers, like the pallets above. 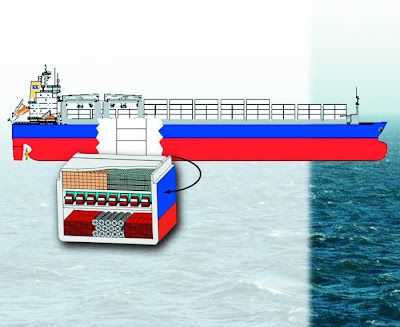 And ships are still built to carry it, along with containers

Marine Buzz has a list and description of the six ships that sank in a storm that struck the Azov and Black Seas on Sunday.

Eagle Speak has "Somalia: Pirates release yet another ship" and "Somali Pirates: Photos from the Pirate Fight". Also be sure to check out his weekly series "Sunday Ship History: USS Gudgeon (SS-211)". It's a great read.

Robin Storm has "NOAA celebrates 200 years of science" and as a bonus includes photos of damage to the COSCO BUSAN after it allided with the San Francisco Bay Bridge. (FYI: Not the world-famous Golden Gate Bridge.)

Maritime Links Editor's Blog takes the accident as opportunity to lash out at the US system of ship pilots and it's culture that excludes many experienced seafarers from it's ranks.

Robin Storm also has comments on the recent ship strike on the Ambrose Lighthouse.

The Opinion Journal has a good read on why the US should not sign the UN's Law of the Sea Treaty in "A Sinkable Treaty - Why America doesn't need the Law of the Sea."

Cruise Bruise covers the poor situation of medical care onboard cruiseships. (I heard one story of a man having a heart attack on a dance floor. The ship's Cuban doctor declared that 'This man is dead!' right there on the dance floor. Luckily for the passenger, there were two other passengers who happened to be doctors and they saved his life.)

English Russia shows what might happen to your shipping container if it has to travel on the roads of Russia.

Never Sea Land has the story and photo of the beach in the Netherlands covered with bunches of bananas after the shipping container they were in was washed over the side of the ship they were on.

Speaking of bananas, Tax Research UK has a summary on Transfer Pricing using bananas as the example in "Tax is going bananas" and a response from the banana companies in "Banana companies say “what’s the problem?”". The Guardian (UK) also has an illustrated version here: 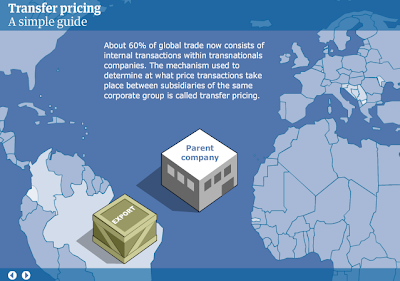 Some will remember the banana trade dispute between the US and EU from not too long ago.

Helsingin Sanomat has "Åland-based shipping lines object ban on sales of smokeless tobacco". Oddly enough, ships might change flag to Sweden in order to continue selling 'snus'. How's that for a reason to choose a flag. (What's snus? See here.)

Sea * Fever has "The Ship Residence, Put-In-Bay, Ohio". I had seen a TV program that featured the house. The home was simply amazing.

KITV Honolulu has the story of a wild pig found swimming out at sea.

THE PRIVATE ISLANDS BLOG has news that the Point No Point Lighthouse located in the Chesapeake Bay is for sale by the Government.

Offshore 247 has the news of a three-year delay in the estimated opening of Russia's Shtokman offshore gas field. (If they are having problems here, just how do they plan to drill up farther north?)

UK – drunken master sentenced to prison following allision - The UK Maritime and Coastguard Agency (MCA) issued a press notice stating that the master of the small coastal freighter that allided with an unmanned gas platform in the North Sea on 3 August was sentenced to 12 months in prison. Evidence showed that, at the time of the incident, the master was on watch and that his blood alcohol level was far in excess of that allowed under the law. (11/2/07). - Dennis Bryant Holland & Knight homepage (Used with Permission)

Liner boss blasts US ignorance - PANAMA CITY 08 November – Fundamental infrastructure and ports problems in the US are caused by a “basic disconnect” between the American people and the things that support their lives. That was the conclusion drawn yesterday at the Terminal Operators Conference by William Rooney, Hanjin Shipping's Americas MD, who added that the chasm is exacerbated by the country’s “veracity-challenged politicians” who are not interested in solving problems but only in getting elected. “We have societal choices to make that require serious debate,” he opined, wondering if the US public is willing to pay more or wait longer for goods if that would translate into a cleaner environment. When it comes to pollution issues, he criticised politicians for "not leading the discussion; they only want to bring polluters to heel.” Regarding infrastructure, he pointed to the deadly Interstate 35 bridge collapse in Minnesota three months ago. “That discussion lasted one news cycle,” he commented. “Now it’s forgotten…but there’s a lot of ageing infrastructure out there that needs repair and modernisation 2E” He added that until politicians and the American public get serious about fixing roads, bridges and ports, the US will be stuck with congestion and gridlock. - Fairplay Homepage (Used with Permission)

Hostage ducks sharks in hijack slip - SEOUL 08 November – A Korean hostage held by Somali pirates who hijacked the chemical tanker Golden Nori on 28 October has arrived back in South Korea after escaping. The 53-year-old hostage, identified only as Han, jumped into the sea from the pirated ship and drifted for two days before being rescued by a Yemen-registered fishing vessel. The boat carried him to a fishing village in Somalia, where he phoned the Korean Ministry of Foreign Affairs and Trade (MOFAT) as well as a Korean shipping company. According to the ministry Han returned to Korea safely on 5 November and has been reunited with his family. During his escape Han wore a life jacket and attempted to swim ashore but drifted out to sea because of strong tides. MOFAT said that his escape was astonishing given the number of pirates in the shark-infested waters. - Fairplay Homepage (Used with Permission)

Previous Editions:
Here or click on the label below 'MaritimeMonday'.
.
Posted by Fred Fry at Monday, November 12, 2007

Thanks again for putting a link to our website.

Keep up the good work and I look forward to next weeks issue of Maritime Monday.