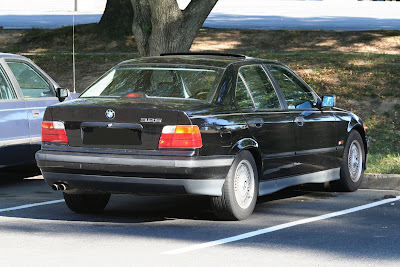 It recently reached the 190,000 mile milestone. 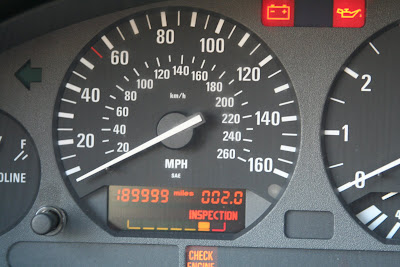 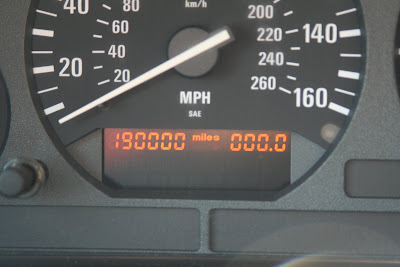 The car is in good shape and running condition. We take it as far as New York up I-95. It handles well, moving with the traffic.
That is not to say that all is perfect with the machine. We have two small ones, so when going away it can be a tight fit to get everything in, but we do manage. The windshield is so pitted that it should be changed. The trunk-mounted CD player died a year ago. I was going to get it repaired, but that never happened. The car has been hit twice in the last year while parked, leaving some small scars, but she does clean up well and still looks great with a fresh coat of wax. The last couple years brought a new radiator, condenser, ventilation fan, water pump, battery, and alternator to name a few items. While we lived in DC the car had a side window kicked in by thieves who looted the trunk through the back seat and a tree fell on it pushing in the roof and smashing the rear window.
We have been pretty good in getting the car attention when it needed it. However, I am not sure how much longer the car has as it is getting old in both age and mileage. It's next hurdle will be Virginia emissions inspection which is due at the end of the month. Even if it passes, we will start the search for a new (to us, hopefully second) car. There has been some discussion of moving to Finland. If that does happen then we will want to bring a relatively new car with us. To do that tax-free, we'll have to have owned it for at least a year.
--
Posted by Fred Fry at Monday, November 05, 2007