This Weeks Photos:
Here are some photos of the Lightship NANTUCKET currently located in Oyster Bay, NY. It's final destination is supposed to be the planned National Lighthouse Museum at Staten Island, NY. 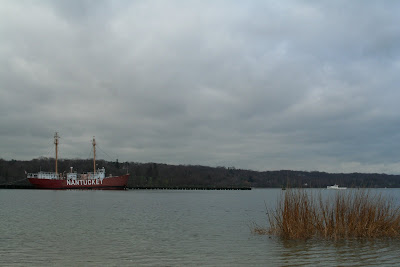 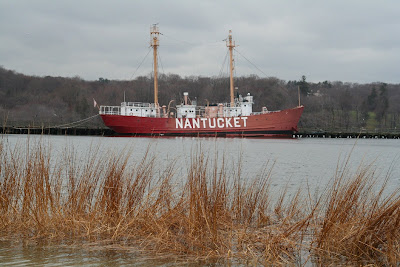 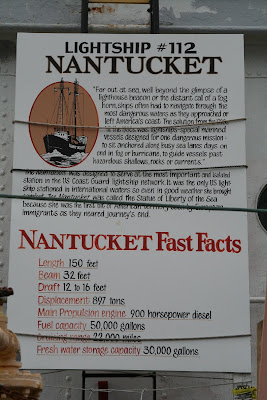 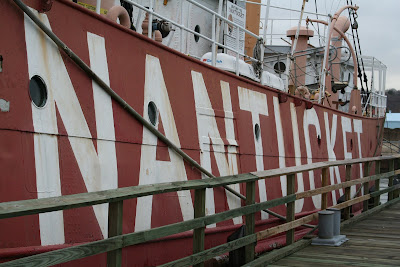 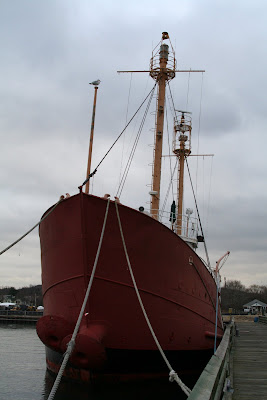 This Weeks Items:
EagleSpeak has "China: Taking on flags of convenience" as part of it's attempt to get Chinese-owned vessels to actually register under the Chinese flag. (Russia is also attempting the same. More on that later this week.) EagleSpeak also has his weekly series "Sunday Ship History: A Hero Passes - Rear Adm. Eugene Fluckey"

Cruise Bruise has the grounding of the DISKO II off the Western Coast of Greenland north of the Arctic Circle.

Tims Times has an example of possible danger when the cadet doesn't understand that you are only joking.

Bellona has "The last 17 Radioisotope Thermoelectric Generators (RTG) have been taken down from light houses on the coast and sent out for disposal."

The Wall Street Journal has an update of Exxon Mobil and Conoco's problems in Venezuela with the possibility of losing their full interest in the oil fields there, and the further possibility of the Oil Corporations hunting after Venezuela's oil assets abroad including the arrest of tankers carrying Venezuelan crude oil.

PeteRepublic.Org has a problem with the Navy honoring Astronaut Alan Sheppard by naming a 'cargo ship' (USNS ALAN SHEPARD T-AKE-3) after him, believing that he deserves better, such as a carrier to carry his name. (Have faith in that the aircraft carrier you wished named for him is not very useful without unrep vessels like the ALAN SHEPARD.) Update: See the comments below for clarification from Pete.

The Lewis and Clark class of dry cargo ship is the next class of Combat Logistics Force (CLF) underway replenishment vessels to be constructed for the United States Navy. Lewis and Clark-class ships will replace the existing fifteen Mars- and Sirius-class combat store ships and the Kilauea-class ammunition ships. When operating in concert with a Henry J. Kaiser-class oiler the Lewis and Clarks will also replace Sacramento-class combat support ships. The first of the planned twelve ships is scheduled for initial operating capability in 2006, and is being designed for a forty-year service life. The ships will be named for famous American explorers and pioneers. - Wiki

The Monitor has coverage of the capsize of the $50 million clam fishing vessel ATLANTIC SEA HUNTER currently under construction for Clearwater Seafood.

Sailors, Mariners & Warriors League has the collision between the Christian Missionary ship / Christian bookstore LOGOS II and an oyster boat.

Maritime Global Net has news of the largest cattle shipment to Asia. The vessel was the DENEB PRIMA which was highlighted in Maritime Monday 60.

gCaptain provides options in contacting that other ship who is supposed to give way but is not even responding to your radio calls. Also at gCaptain is a compilation of maritime disaster footage. Lots more good stuff there as well. 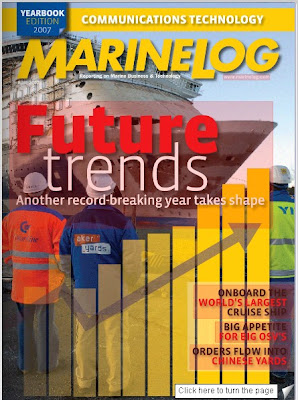 Neptunus Lex has "When I was a plebe"

Shipping Times (UK) has the launch of the NINA BRES at the Marpro Shipyard in Gdansk, Poland.

Panbo has what you might find inside the Pilot's bag, part 1.

Finland for Thought has "Why Finns Buy Boats" Go and check out the picture he has posted.

MarEx Newsletter has "Congestion in European Ports Expected to Worsen"

Navy Newsstand (US) has the rescue by the French Ship DUPLEIX and USNS KANAWHA of the crew of a North Korean flag cargo vessel in distress in the Arabian Sea.

The Pilot Boat has a safety drill on the FAR SWIFT supply vessel in the Gulf of Mexico.

Wow has photos of the partial collapse of the Jiujiang Bridge on the Xijiang River after being hit by a cargo vessel.

The hospital ship USNS COMFORT is in Belize where it has been treating hundreds of patients.

Kurt of Gerolstein joins the cargo ship M/V TIKEIBANK as a passenger and critiques the accommodation. Once you check that out, go to the homepage and scroll through his record of the voyage, including coverage of the vessel's equator-crossing ceremony.

The Times Online has the ongoing story of the rubber duckies that escaped from a container after falling overboard in the Pacific in 1992 and are about to wash ashore in the UK. Here is a technorati search for the rubber duckies as dozens of people are blogging about it.

The GENERAL SLOCUM casualty - On June 15, 1904, fire broke out on the excursion vessel GENERAL SLOCUM in New York Harbor. The vessel was carrying over 1,300 passengers on an excursion from Manhattan to Long Island Sound. Approximately 1,000 people died in the disaster. Investigation revealed criminal neglect by numerous parties. The master of the vessel, managing directors of the vessel owner, and several officers of the Steamboat Inspection Service were prosecuted. (10/8/1904) - Dennis Bryant Holland & Knight homepage (Used with Permission)

Manning is key to fighting piracy - LONDON 21 June – A "unique insight" into the views of seagoing staff has shown that seafarers regard higher manning levels as their best protection against piracy. Ship officers’ union Nautilus UK conducted a survey on security, including measures to beat piracy, among its UK and Dutch members. Nautilus head of communications Andrew Linington presented its findings to the IMB’s anti-piracy summit in Kuala Lumpur last week. Almost two-thirds of Nautilus respondents said that increased manning would be the move most likely to improve security and reduce the risk of a pirate attack, Linington told the conference. And while most respondents felt their employers took piracy seriously, a substantial number complained of failure to invest in extra manning or equipment. Over half those polled said that the Ship Security Officer role was a worthwhile one – but not if its responsibilities were doled out to a crew member on top of existing duties. “People can’t be security patrollers and do their proper jobs as well”, was one comment received. CCTV and security equipment were other welcome tools, the survey had revealed, while a third of respondents favoured naval protection for merchant shipping, and over 25% favoured armed guards on board. Linington is urging governments and the industry to take the survey’s findings seriously. www.nautilusuk.org - Fairplay Homepage (Used with Permission)

Oh hey, I have NO problem with cargo ships! Don't get me wrong! My absolute fav was the USNS Mississinewa (T-AO-144):

I just think that Alan Shepard deserves a MUCH bigger ship to bear his name.......