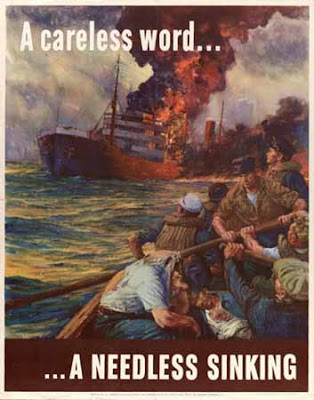 This Weeks Photos:
Here are some photos from Fleet Week in New York: 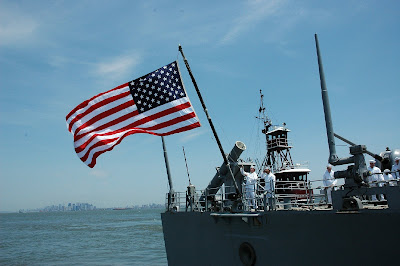 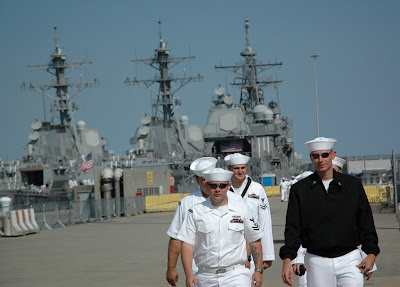 EagleSpeak has the refusal of aid ships to sail into Somalia without protection. Be sure to also check out "Sunday Ship History: The Navy Hymn and a little more".
The Stupid Shall be Punished has "SecNav Memorial Day Message To The Fleet"

EU Referendum continues their great and almost exclusive coverage of the EU's White Elephant, the Galileo GPS System. Do you live in Europe and use the free GPS signal provided by the US? Then you should care, because the EU is looking at forcing you to license your GPS receiver in order to fund this project. (Just don't call it a tax.)
The White House has President Bush's Commencement Address at the US Coast Guard Academy's Class of 2007 graduation.
The Navy NewsStand has the graduation of the US Naval Academy's Class of 2007.
Actress Rebecca Edmonston takes a break from blogging at her Red's World to enjoy New York's Fleet Week.

It is my duty as a true American, and a dedicated tart, to do my part to support our boys. - Red

Libertylondongirl has "How to attract the boys this summer: wear blue"

The official Fleet Week website can be found here.

The Pilot Boat (at sea) has an explanation of Cardinal Buoys. (They are not so common in the US, but you better know what to do if you come across one!)
Life at Sea has "Is the Career at sea the same today as yesterday?"

Lets Be Serious Now! has video and photos of the Great Lakes coal bulker WALTER J. McCarthy JR.
Fred G posted some pictures of the USS INTREPID in Drydock as well as some photos of the China Shipping Line CSCL SYDNEY
Captain Albert's Weblog (at sea) has a post about entering the Port of Livorno. Appears to be a true view from the Bridge of Holland America Line's VEENDAM
International Marine Consultancy has the start of construction of one of Europe's largest offshore wind farms, located off Zeebrugge, Belgium.
Boating Spectator has the news that satellite radio subscriptions are a more-popular option for new boats than new cars.
Colin's Place has the 25th anniversary of the attack on the ATLANTIC CONVEYOR during the Falklands war.
Monsters & Critics has Spain's claim that Odyssey Marine Expeditions amazing find of a half million silver and gold coins actually belongs to the Government of Spain. Odyssey claims that the wreck is located outside of all territorial waters.
Cruise Ship Law Blog has "Thirteen injured as wave pounds ship in France" (rogue wave perhaps?)
gCaptain has "Alaska Cruise Ship - New Mate, Wrong Turn" concerning the EMPRESS OF THE NORTH grounding.
Mac's Macrocosm has the band Celtae's music video 'The Merchant Marine'

Wikipedia has a "List of merchant marine capacity by country"

UK – seafarer statistics - The UK Department for Transport issued its annual report Seafarer Statistics 2006. The report indicates that, during the year, there were about 28,100 UK seafarers working regularly at sea, of which 13,600 were deck and engine officers. This latter number is expected to decline by more than half by 2022 if present trends continue. (5/24/07). - Dennis Bryant Holland & Knight homepage (Used with Permission)

Red Sea crackdown hits pilgrims - JEDDAH - 23 May – Saudi Arabia and Egypt have launched a crackdown on Red Sea ferries that fail to comply with international safety standards. Lack of coherence to safety standards was the cause of the Al Salam Boccaccio 98 tragedy in February 2006, say Saudi port authority officials quoted in Arab News. The move comes as the Haj and Umrah pilgrims plan their journeys from Egypt to the Kingdom; since the sinking the number of pilgrims crossing has fallen by 40%, said an employee of one of the transport companies. Some pilgrims have switched to flying instead, or have dropped travel plans because of the price difference. Some new vessels have been brought in to carry Red Sea pilgrims, including the Honduras-registered former Finnish ferry Jamaa II, which can accommodate 960 passengers. But travel companies say these are not enough, suggesting that 20 vessels are needed to serve the Jeddah-Safaga route alone. - Fairplay Homepage (Used with Permission)