This Weeks Photos:
Here are some pictures of the Bridge of the USS NEW JERSEY. You can just barely see the slits that you can look out from. 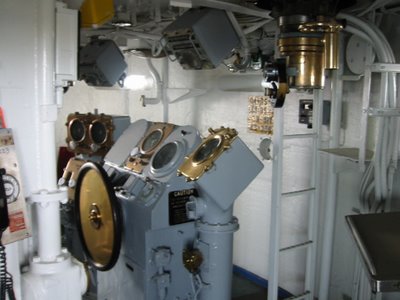 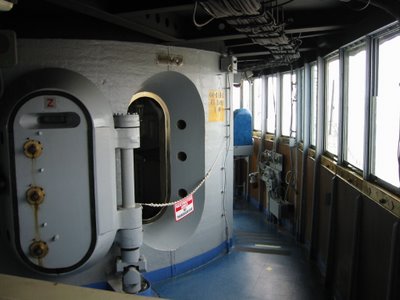 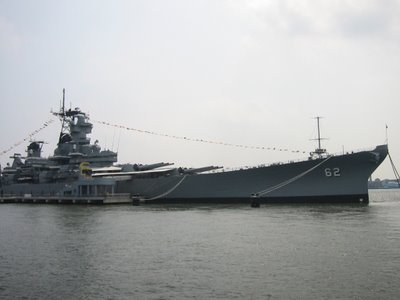 It's the tail end of Fleet Week in New York City. Here is the Navy's Official Fleet Week Homepage.

Check out USMM.ORG for a couple stories of WWII Merchant Marine prisoners of war.

Small Ship & River Cruising has news that Americans can cruise to Libya now that diplomatic relations between the two countries have been reestablished.

What do you get when you take the Island of Diego Garcia, an Aircraft Carrier, and a pilot named Lazlo? You get a sea story of course. Neptunus Lex provides the story, in two parts. Part one here. Part two here.

Looking for a short sea story. Interested-Participant has one here.

Helsingin Sanomat has coverage of vessel sewage discharge in the Baltic Sea.

Competition in the US noncontiguous domestic maritime trades - The Maritime Administration (MARAD) released the 2006 edition of its report on Competition in the Noncontiguous Domestic Maritime Trades. (Note: PDF document) This is the trade between the US mainland and Alaska, Guam, Hawaii, and Puerto Rico. While the trades exhibit a high level of market concentration, major investments have been made and freight rates have declined in real terms in all markets. (5/23/06).

MSNBC (among others) covered the story that many jobs in Mexico are reserved not only for Mexican Citizens, but they must also be Native-born Mexicans. Of note: "Mexico’s Constitution reserves almost all federal posts, and any position in the military and merchant marine, for “native-born Mexicans.”"

Six's junk thought theorem has news about Freak waves and how common they really are. He also links to other pages with wave photos.

SAILORS, MARINERS & WARRIORS LEAGUE has the story of the ferry PONT-AVEN being hit by a 50 foot wave, injuring passengers and damaging the ferry.

Cargo Law has an amazing series of photos of yet another encounter with a 'freak wave.' This time the victim is the M/V SAGA SPRAY and a load of shiny new 53 foot empties.

Be sure to check out the shipcam of the ISLAND PRINCESS which is in the Alaska Trade. (Here)

Weekly Maritime Reference:
For those who do not know: "How to Read a Compass"

Boxing the Compass on Wikipedia. 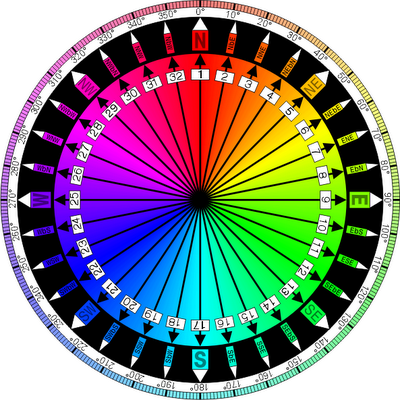 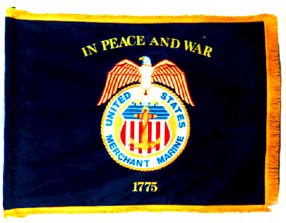