Remember that 63-part questionnaire people who wanted to work for the Obama Administration needed to fill out. You know, the one that wanted to know every single detail, including whether applicants have ever touched a gun:

The questionnaire leaves no stone unturned in its 63-part effort to excavate any personal or professional transgressions in a candidate's past. Sample indiscretions run the gamut from criminal convictions and tax fraud to text messages or personal diary entries that could be a "possible source of embarrassment" to the President-elect if made public. - Time

Well, looking at the tax trouble that multiple Obama nominees such as Geithner and Daschle have run into, I guess that application was meant mainly to use to exclude people from consideration that the Obama team didn't like. Because if these guys decided that these indiscretions were not bad enough to exclude employment for them, what was on the applications that were rejected?
Then again, perhaps Obama has been hunting out these damaged politicians. No serious Administration would surely consider Daschle once they discovered that he was a tax cheat to the tune of over $100,000, not to mention leave Geithner no chance of becoming Treasury Secretary with thousands in unpaid Social Security and Medicare taxes that he knew he needed to pay. Maybe these are people, who given this second chance, end up forming a very dedicated, and loyal team for Obama. Doing their best to implement his goals, not theirs. This wouldn't be the first time a leader assembled a group of criminals to put plans into action. Hitler did. So did Stalin. 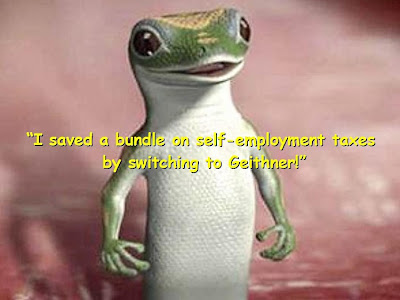