News coming out of Somialia has the French Navy taking nine more Pirates Hostage. The story is at EagleSpeak. Here are some photos of the capture from the French Navy: 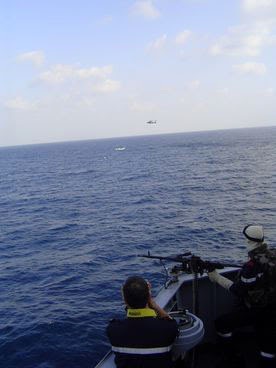 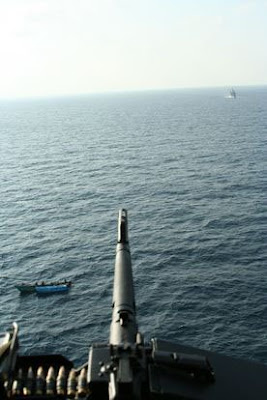 The skiffs seen the Panther helicopter 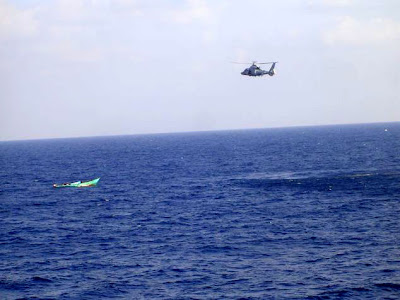 The skiffs are stopped by the Panther 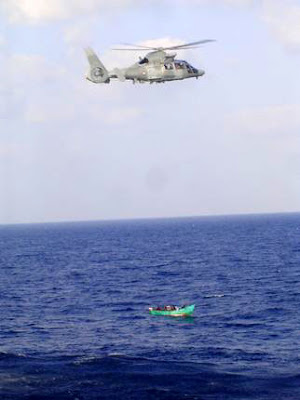 The Panther overflies the skiffs 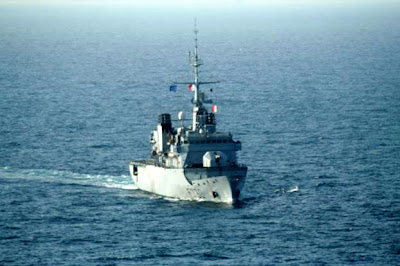 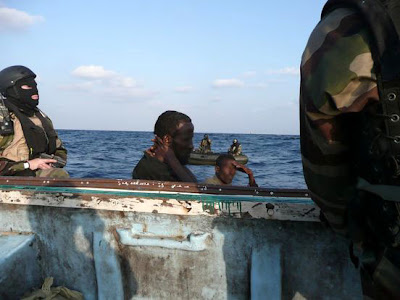 Gun at the ready - Interception of pirates by the EPR 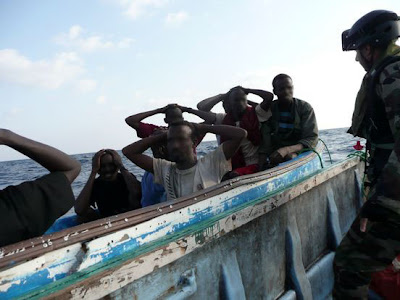 Interception of pirates by the EPR 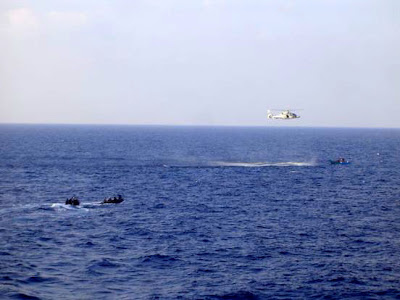 Team approach in access control of the Panther
Here is a (seemingly very) rough English translation of the French Navy's Press Release:

On 27 January afternoon Floréal patrol near the shipping corridor recommended for commercial vessels in the middle of the Gulf of Aden. He received the staff of the mission Atalante warning indicating that the African Ruby, a building trade under the Maltese flag, was threatened by two pirate skiffs.
The threat to the building but stopped Maltese, who arrived on the area of the attack, the French helicopter landmark two skiffs in which armed men has scales that make assault ships of commerce.
Both skiffs were stopped by the helicopter performs a warning shot.
Since 1 January Floréal, stationed in Saint Denis de la Reunion, integrated device naval operation of the European Union fight against piracy "Atalante".
This is the seventh intervention of French troops against pirates since 7 April 2008 and the release of the hostages Ponant. They have allowed hackers to intercept 57. - Link (See the original French version here: Golfe d’Aden : le Floréal intercepte 9 pirates)

Kudos again go to the French.

This post has been linked for the HOT5 Daily 1/29/2009, at The Unreligious Right