Interesting, Somalia really does have a Coast Guard. Who knew it was true: 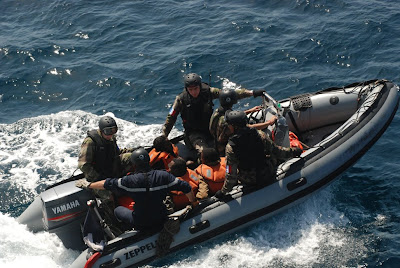 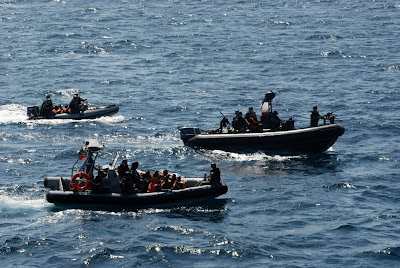 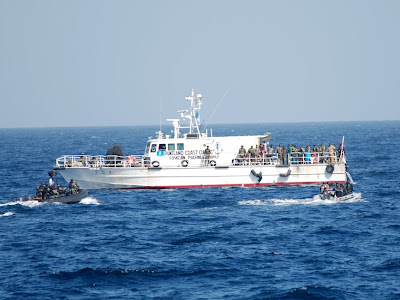 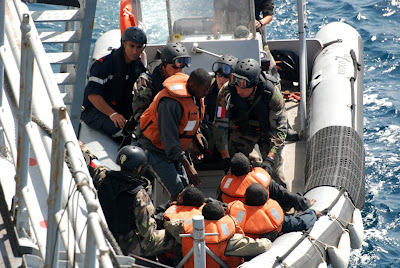 This is the transfer of the 19 pirates the French Navy caught at the start of the New Year:

On 06 January 2009, 19 pirates were handed over to Somali authorities off the coast of Bossaso.
They were intercepted on 04 January by marine commandos on board the frigate Jean de Vienne as they tried to approach the ship and the Croatian Donat Vulturnus Panamanian freighter. - Translation Link (Original French Navy post)

Here are some photos from the capture of the pirates: 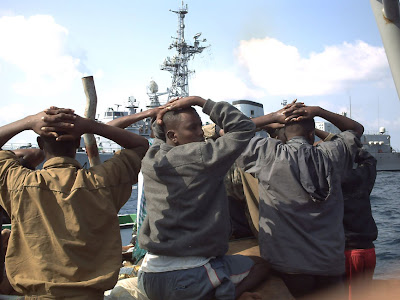 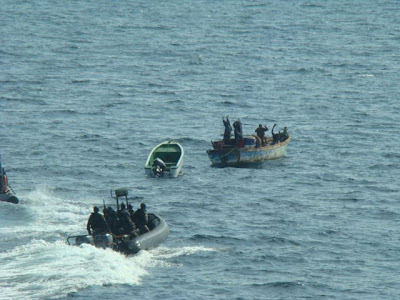 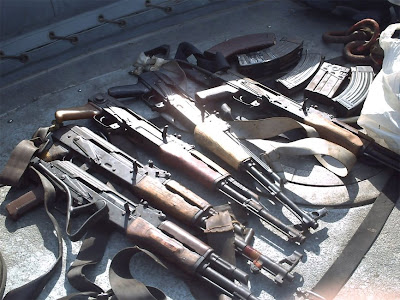 The French are not being shy about going after pirates. I suspect that we will be hearing about more of their missions and different types of anti-piracy missions as well....
--------------------

As is so often the case, the politicians are pussies, but the soldiers (and sailors) are not.

what happens to them once they are handed over to the coastguard? Somalia has no central government and I'm wondering who dishs out the justice.