Here are some photos of the damage sustained by the M/V KAPITAN MASLOV when it was attacked by pirates back in November.
The photos below are of the Third Mate's stateroom, or better put, what is left of the Third Mate's stateroom.
This is a good example of one reason why Merchant ships stop when attacked by pirates in little boats. As you can see below, this ship sustained damage right up to the bridge. 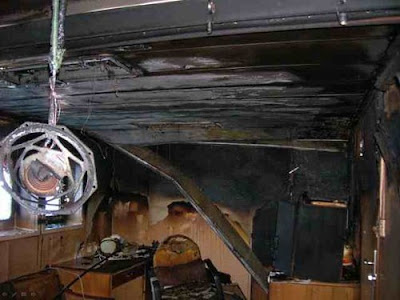 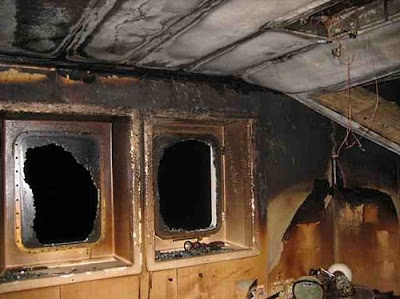 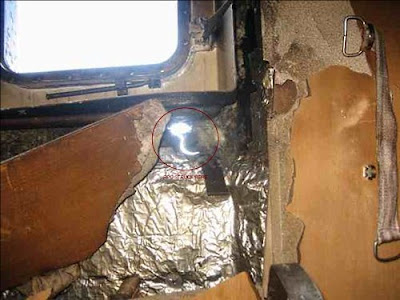 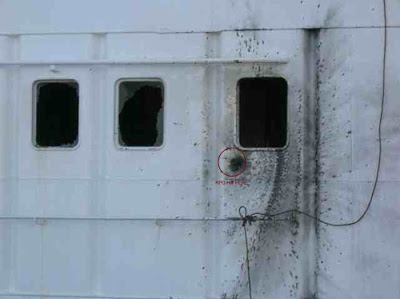 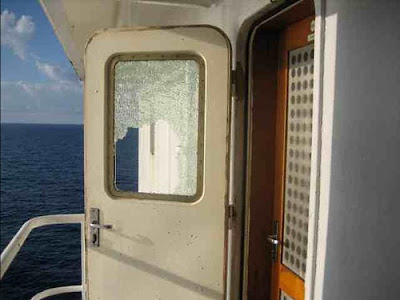 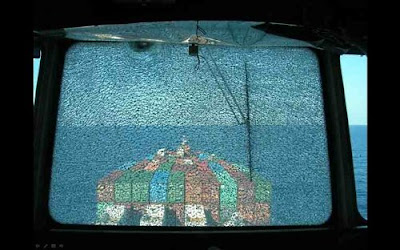 The dangers posed to crew by pirate attacks was shown during an attack on the 1,728 teu container ship Kapitan Maslov on November 13. The 1998-built vessel, which is managed by Fesco Wallem, was hijacked by pirates about 480 km from the Somalian coastline.
The would-be hijackers fired rocket propelled grenades and automatic weapons from a high-speed launch in a failed attempt to stop the ship. Pictures taken after the attack show extensive damage to the third mate’s cabin which was burnt out, damaged front windows on the bridge and broken windows in the accommodation block.
The crew extinguished the fire and none of the 17 crew on board were injured. - Lloyd's List

The ship managed to get away. How many more RPG strikes would it have taken to convince the Captain to stop the ship? What if the RPG had struck the bridge? Then again, maybe the right plan is to just hunker down and not stop as long as you can keep them from getting onto the ship.
You can find a photo of the ship here on Shipspotting.

Some nation needs to rent/buy a nice fat cargo ship and sail it slow and low through these waters..... with some HEAVY ordinance emplaced just out of sight... with some VERY able-bodies non-civilian seamen prepared for the use of same.

Sweep up former-pirate carbon mass ( or support your local shark LOL) and repeat as needed until the problem goes away.

Very interesting. It is more damage then I would have thought. On my last transit the plan was to muster the crew in a space with no access to the outside. I was thinking I would leave the engine on full sea speed and abandon the wheel house. I told the cadet it would be his job to run into the wheelhouse and throw the wheel over the other way.

How about steering from the emergency steering station (As long as it is not located on deck on the stern like one ship I was one) with the helmsman taking instruction from a navigator located somewhere away from the bridge. Maybe with a handheld GPS.

Hopefully the radio room is protected enough so that someone can call for armed assistance.

Might be time to start armoring sections of the ship as safe areas.

How about some RPG's for the ship.