Things that you can’t do in a Fascist State:

Things that you can do in a Fascist State:

Now it was Cindy Sheehan who was thinking that existence of the Internet as the saving grace for preventing the US from descending into a fascist state. Well with the quick list I drew up above, I think we have a long way to go before we end up anywhere near the type of horror Mrs. Sheehan fears.

I too am thankful for the Internet. I now have a place to express my thoughts and enjoy my First Amendment Right. In addition, I think that conservative-minded persons like myself have even more to thank for the internet, considering that the Mainstream media is so left-leaning. If it wasn’t for the internet, CBS probably would not have been caught accusing the President with fake documents. Nor would we know that the only public copy of the Downing Street Memos were typed out by the secretary of the reporter who broke the story of their existence and that there are no originals or copies of the 'original' documents, or even if they exist at all.

We would not know that Cindy Sheehan posted an open letter to the President calling for his impeachment two days after the election. In a fascist State that would have been enough to give the government reason to silence her. Yet there she is, down the road from the President, with an ever-larger group of protesters by her side, to support and protest her. Thankfully, since we do not live in a fascist state, and we can judge them on their own words and actions. 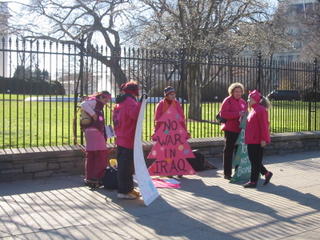 They don't look afraid do they?

Free Speech does not extend everywhere, like at work: 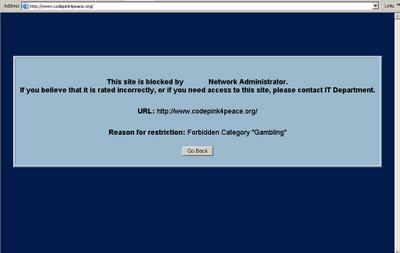 Two comments removed as they were deemed 'spam.'