This Weeks Photos:
This weeks photos comes from the website of South Africa's Unicorn Shipping:

Unicorn Shipping is the shipowning arm of Grindrod Limited, and with roots dating back to the 1860's, is South Africa's oldest national ship owner. 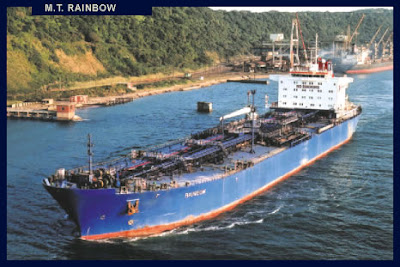 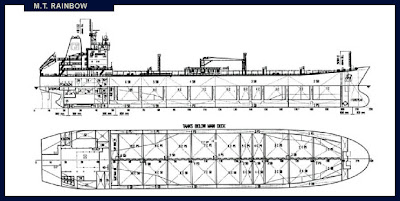 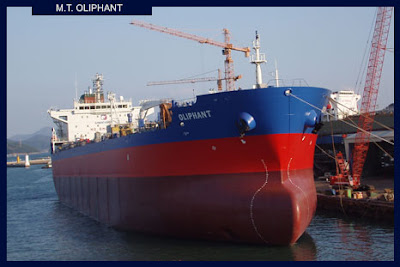 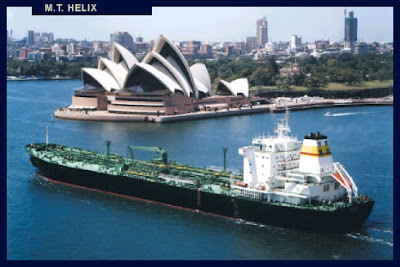 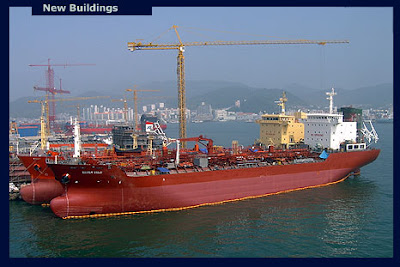 Lloyd's List Newsroom Blog notes that UK tax policy over the last couple years has resulted in growth of the UK Shipping Industry, and that those gains are now being put at risk, also thanks to proposed tax policy.

Tax Research UK believes that "There is no ethical justification for keeping the domicile rule in UK taxation."

The Monitor remembers "S.S. Caribou’s last surviving crew member dies" The Canadian ferry was sunk in 1942 by a U-Boat with heavy loss of life.

Sea * Fever has amazing photos of "The Harbour Crane Hotel"

MarEx Newsletter has "Retail Container Traffic Ends Four-Month Slump" Does this mean that the fake recession is over?

BitterEnd has the amusing "Wayne's World and the 72 ColRegs"

Maritime Accident Casebook has "Lifeboats - The Pinto Of The Sea". Not good.

IMC Brokers has "Sulisker: from patrol boat to superyacht"

The February Edition of Marine Log is online: (LINK) 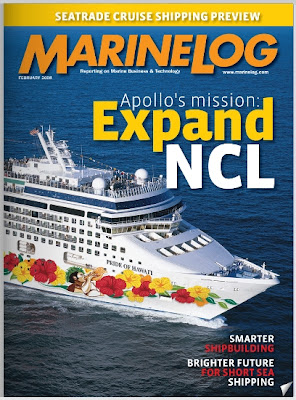 Tugster has photos of "Government Boats 6"

THIS IS NOT MY COUNTRY has an update on charges of brutality made against the Greek Coast Guard by Afghan migrants.

Car Buyer's Notebook covers the recovery of construction equipment stolen in France and shipped to the US thanks to LoJack equipment installed. According to the story the signals were detected in every port the ship called in. That is pretty impressive.

The Triton-Megayacht News explains the new way to track ships in "Long-range ID, tracking have arrived". The article mentions that there is a shortage of equipment. I have heard questions of the necessity of this system since plans are in place to get global coverage of AIS from space.

Thinking on the Margin has a Safe Harbor quote by Mark Twain.

Unlike the Bond original, which featured an enclosed passenger cabin, the modern version has an open top with the occupants exposed to the elements.

The Swiss car designer explained: "The passenger compartment is three square metres of air - you'd need to add about three metric tonnes of added weight to pull it down under the surface."

Go check out the cool photos of it in action.

THE EXTENT of the cost of Norway’s controversial shipping tax overhaul has been spelt out by two of the nation’s largest owners, BW Gas and Wilh. Wilhelmsen, which have posted huge losses to meet their share of a NKr21bn back tax bill.

Neptunus Lex has "You only think your job is a pain in the a**". It's Monday. Do you want to do this guys job?

The Stupid Shall Be Punished has "Russian Provide Valuable Training For U.S. Navy"

Deputy Dog has great photos of the TROLL A offshore gas platform, which is the ‘tallest structure ever moved by humans over the surface of the earth’.

Maritime Compass has the job opening for 'Collections and Research Access Associate' at Mystic Seaport.

Kiwi at Sea manages to find an internet connection in Costa Rica in order to provide an update on what he has been up to the last couple months.

Time Magazine has the story "Is it Getting Too Warm for Penguins?"

Bellona has "Floating nuclear power plants attracting interest of the oil industry in Russia and abroad" and they don't see the interest in the idea as good news:

KALININGRAD - The extremely hazardous use of floating and underwater atomic energy stations to supply power to tap remote oil and gas reserves is gaining currency among not only Russian gas giants but their Norwegian counterparts as well, despite vociferous environmental criticism.

Russia and anything nuclear is a bad combination.

BoingBoing has a story of unintended consequences "Nicaraguan town wealthy from cocaine bricks that wash ashore" It is an ongoing 'problem'.

Senate hearing on marine vessel emissions reductions - On February 14, the Senate Committee on Environment and Public Works conducted a legislative hearing on the Marine Vessel Emissions Reduction Act of 2007 (S. 1499). Committee Chair Barbara Boxer (D-CA) discussed the harmful air emissions from ships and the measures that would be required if her proposed legislation were enacted. Ranking Member James Inhofe (R-OK) pointed out that adoption of MARPOL Annex VI is preferable to enacting unilateral legislation. Senator David Vitter (R-LA) expressed concern about unintended consequences of this unilateral legislation, particularly for ports that are currently in compliance with applicable clean air requirements. Mr. Bryan Wood-Thomas, EPA, explained his agency’s and IMO’s efforts to date to reduce air emissions from ships. He stated that the ability of the United States to influence further tightening of standards in MARPOL Annex VI will be undermined if the US does not soon ratify the Annex. Ms. Lisa P. Jackson, New Jersey Department of Environmental Protection, stated that reduction in the harmful air emissions from ships is better addressed on a national or international basis than on a local basis. Dr. Barry R. Wallerstein, South Coast Air Quality Management District, stated that the United States should not wait for the IMO to adopt acceptable standards. Ms. Jennifer J. Mouton, Louisiana Department of Environmental Quality, pointed out that the bill should provide for preparation of air emission inventories for each port and should include funding for the costs of implementation. Mr. Richard Kassel, Natural Resources Defense Council, stated that the proposed legislation will provide an incentive for the IMO to move forward with enhanced air emission standards. Dr. John G. Miller, Fellow of the American College of Emergency Physicians, discussed the Southern California Diesel Death Zone of the Port of San Pedro. Mr. Jonah Ramirez, Youth Community Member from Southern California, testified concerning the impact of air emissions from ships on his asthmatic condition. Mr. Joe Accardo, Ports Association of Louisiana, recommended that, rather than enacting the proposed legislation, the United States should ratify MARPOL Annex VI and work through IMO to enhance the international standards. Mr. Joel Chaisson, Port of South Louisiana, testified that enactment of this unilateral legislation would harm efforts to achieve international agreement. Mr. Ken Wells, Offshore Marine Services Association, testified that there are a number of practical difficulties with the proposed legislation and that the problem of air emissions from ships is better handled on an international basis. (2/14/08). - Dennis Bryant Holland & Knight homepage (Used with Permission)

Sea Diamond faces legal threat - GREECE. 12 February – Sea Diamond's owner has been warned of severe financial and legal repercussions if it abandons the oil-leaking wreck at Santorini's sea bottom. Last month Louis Hellenic Cruises said it had finished cleaning up the area of the accident that took place in April 2007. Speaking yesterday, Greek shipping deputy minister Panos Kammenos threatened Louis with arrest of its representatives and assets. "If they withdraw the clean-up company, then they will have committed the crime of willful cause of wreck and pollution," he said, adding that the administration had the means to force Louis to meet the cost of the wreck removal. Louis responded by stressing that pumping the remaining oil from the hull was not technically feasible and that an attempt to raise the wreck might cause a larger fuel spill. The company has denied responsibility for the accident, blaming it on faulty maps. - Fairplay Homepage (Used with Permission)

Please submit articles for inclusion in next week' edition using the following submit form at Blog Carnival. You are also welcome to email stories and photos to fred@gcaptain.com for inclusion in future editions as well as suggest area of coverage.

Previous Editions:
As linked below or click on the label 'MaritimeMonday'.

We're excited to welcome you Fred and help showcase the amazing blog articles you find each week!

Maritime Monday made it before midnight...SW2(DV) Robert Stethem, USN is the subject...due to his killer getting his recently.

Thanks for the links and wow! gCaptain!