Welcome to this New Year's edition of Maritime Monday.


Have a Happy New Year and be sure to celebrate with a little noise.


This Weeks Photo:
This weeks photo comes from the website of The Interlake Steamship Company which has been operating on the US Great Lakes since at least 1913. 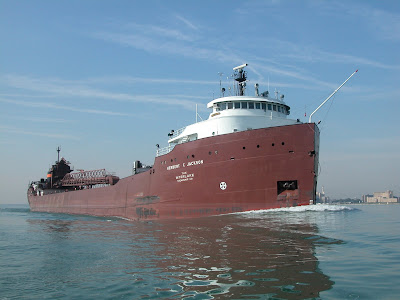 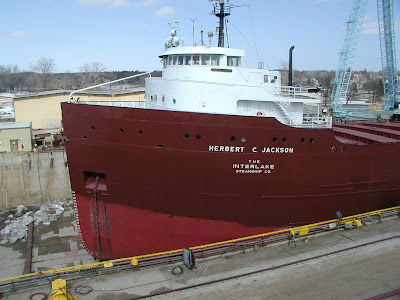 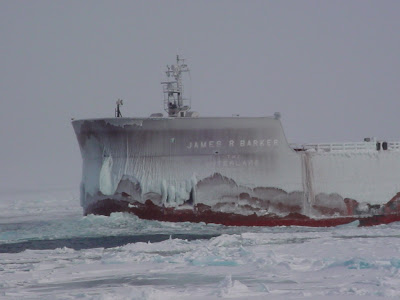 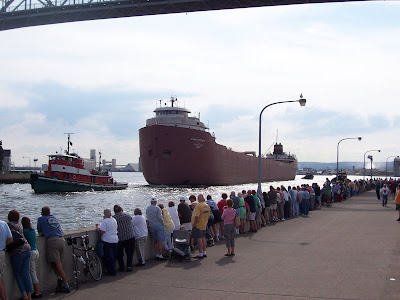 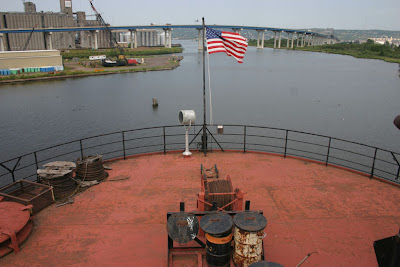 That is a long time to hold onto something, yet thanks to the fresh water of the Great Lakes, it is possible to do so.

Many more photos can be found here in their photo gallery.

Eagle Speak has "Somalia: Puntland home of the pirates?"

Tims Times covers the running aground of the WILSON GARSTON off Helsingborg, Sweden on Christmas Eve - not because the Mate on Watch was drunk, which he apparently was, but because he was asleep. Keep in mind that unless he was up there drinking on the bridge, he relieved the mate on watch in that condition, so what was that guy thinking? Perhaps he was also drunk or eager to head off to the party to get himself that way. If that was the case, why not just have the party on the bridge. (No, this is nowhere near an original idea, and yes, it is a serious suggestion.) At any rate, the mate on watch is not the only guilty party in this accident. Lets see if the investigation sees it the same way.

Cruise Talk Central has an amazing sequence of photos of the December collision between the cruiseship NORWEGIAN DREAM and a container barge.

The Stupid Shall Be Punished notes the sudden passing of US Navy submariner CDR (Sel) Chris Riley. (USNA Class of 1992)

Typically Spanish has an update on the removal of the NEW FLAME still laying half-sunk off Gibraltar.

Tugster has the issue of "Moving Fuel" by water.

Sea * Fever has "Experiential Education: At Sea, Under Sail"

Robin Storm has "NASSG Oceanographers Guide Ships Through the Storm"

Cruise Bruise also covers the third cruise accident this year in the Antarctic as the MS FRAM has struck an iceberg this last Friday. But hey, it's alright, as the passengers got free drinks for the scare. Just make sure that you are not on the last cruiseship to sink down there as there won't be anyone left to save your butt.

Freight Dog has the news of the upcoming meeting of the three Cunard QUEEN oceanliners in New York Harbor this upcoming January.

Freight Dog also has some "Thoughts about APL's new 53 ft. ocean containers". Hmmm, written by a P&O Containers/PONL veteran like myself.

Maritime Accident Casebook predicts increasing arrests of seafarers in 2008 including for non-compliance with MARPOL Regulations.

AfricanLoft has the news "Africa's First Deep-sea Container Port Proposed for Nigeria". Hopefully this has side benefits like providing a paying customer for public utilities as one example. Of course they will need to build it first.

The Road to the Horizon has "News: Somalia - An Uphill Aid Battle" covering efforts to get aid into the country through the Port of Merka. A previous post with photos can be found here.

Click on the photo for the related photo set: 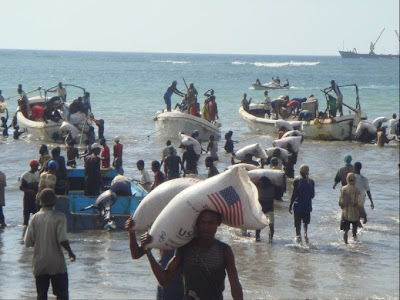 Pirates were just the first problem.

Toons at War covers the Disney-produced insignia for the WWII fleet re fueler USS HOUSATONIC.

Penraker has "Why Chinese Subs Are Dangerous"

WorldChanging has "Greening Shrimp" covering the first certified sustainable shrimp farm in the US and world.

UK – report on gas carrier-yacht collision - The UK Marine Accident Investigation Branch (MAIB) issued the report of its investigation into the collision between a gas carrier and a sailing yacht six miles ESE of Lowestoft on 16 April 2007. The incident occurred at night in heavy fog. Both vessels were proceeding at speed and neither was sounding fog signals. Both vessels detected the other on radar, but neither of the individuals on watch on the vessels fully understood or utilized the radar information. The radars on both vessels had deteriorated performance and accuracy. Fortunately, there was no loss of life and little damage as a result of this avoidable collision. Report 25/2007 (12/21/07). - Dennis Bryant Holland & Knight homepage (Used with Permission)

Ports snub Madrid on privatisation - MADRID, December 21 – Numerous Spanish port authorities have upstaged central government by approving the privatisation of stevedore companies. The movement from individual port authorities follows months of legal uncertainty over the status of stevedore companies. The Spanish government has failed to win parliamentary support to modify legislation initially approved in 2003. The implementation of legislation was postponed until 21 August 21 this year. However since then the government has tried to block any moves to implement the privatisation of stevedore companies, which is supported by both dockers and stevedore management companies. According to industry sources, the government has aimed to maintain a share in stevedore companies because it fears unions and stevedore management companies have sealed a pact between themselves to increase handling prices at ports. Earlier this week Barcelona port authority was the first port in Spain to approve the privatisation of its stevedore company Estibarna. A spokesman today said it was simply implementing the law by approving the legislation. Spain's state ports entity, Puertos del Estado has declined to comment on the issue, but Spain's shipowners association Anave, has forecast "complicated times" ahead for Spanish ports in the new year. The legal uncertainty prompted Spain's largest dock worker union, La Co-ordinadora, to launch week long strike action starting on January 14th. With parliament in recess ahead of Spain's general election of March 9 next year, the government may modify the privatisation legislation by royal decree, a political tool dating back to the era of the Franco dictatorship. - Fairplay Homepage (Used with Permission)

Previous Editions:
Here or click on the label below 'MaritimeMonday'.
.
Posted by Fred Fry at Monday, December 31, 2007