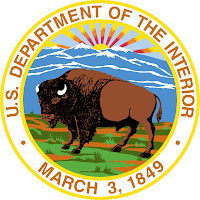 During this last election, President Obama proclaimed that oil drilling in the US has never been greater, implying that he was responsible for this oil drilling boon. In reality, the increase in oil drilling had been taking place on private lands that the Government had little ability to stop.


Now, that President Obama has won re-election, his pro-oil Administration is planning to close off Western Government land from oil exploration.

The Interior Department on Friday issued a final plan to close 1.6 million acres of federal land in the West originally slated for oil shale development.

The proposed plan would fence off a majority of the initial blueprint laid out in the final days of the George W. Bush administration. It faces a 30-day protest period and a 60-day process to ensure it is consistent with local and state policies. After that, the department would render a decision for implementation.

The move is sure to rankle Republicans, who say President Obama’s grip on fossil fuel drilling in federal lands is too tight. - The Hill

The Obama Presidency, redefining 'Pro-Oil'. Then again, his 'All-of-the-Above' energy policy seems to mean 'None of the below'.