Islam was not Hijacked

There is a sick excuse given when Muslims are interviewed about why Muslims would commit the September 11 attacks and other terror attacks. It goes something like “Islam was hijacked” by the terrorists who carried out the attack. This is a lie and those who offer it are either lying to themselves or are living in a world devoid of the reality that lives all around them.

Certainly the 19 hijackers thought that they were attacking the US in the name of Allah. Osama bin Laden surely does not consider himself a hijacker of Islam. Surely, many people consider him a Muslim prophet. There is no shortage of Osama supporters. Then there is the Taliban. There is no evidence that they thought that he hijacked Islam. That certainly would have been reason enough to hand him off to the US or at least execute him in the middle of one of their soccer stadiums for the crime of bringing discredit upon the Muslim faith. (Perhaps they wanted to but were too busy trimming Buddhist statues to conform to Islam)

Lets say that the 19 September 11 terrorists hijacked Islam along with Osama bin Laden, all of al-Qaeda, the Taliban and all of Afghanistan somehow hijacked Islam. Not for anything but that doesn’t look like the actions of an extreme fringe of the religion. Lets add all the Muslims who are on jihad to this list of hijackers of Islam. The September 11 Hijackers were certainly on jihad as are those who have been busy chopping the heads off foreigners in Iraq and the heads of Christian schoolgirls in Indonesia.

Not for anything, but there appears to be Muslims all over the planet hijacking Islam for their sick cause.

If Islam has been hijacked, then why haven’t the rest of the Muslims who must therefore also be victims done anything about this. This is one of five questions asked by Dennis Prager:

“Why are you so quiet? There are a billion Muslims in the world. How is it possible that essentially none have demonstrated against evils perpetrated by Muslims in the name of Islam?”

The question also is related to a bigger one, if Islam has been hijacked by these maniacs, why haven’t good Muslims turned in other Muslims who are also attempting to hijack Islam by planning future terror attacks?

Take a look at the initial reaction of the Muslim community in Britain after the subway bombings. The reaction did not even claim that these murders had hijacked Islam at all, but that they were somehow being wrongly accused, and were guilty of nothing more that being Muslim. How embarrassing it was for the Muslim community for the taped confession of one of the suicide bombers to be released confirming that they were willing participants in an act of terror against their own country.

If Islam has indeed been hijacked, then it is not only the terrorists who have hijacked it, but also those who rape in the name of Islam. Look at what the following ‘prominent’ Muslims have said concerning rape of western women by Muslims in public:

“rape victims had no one to blame but themselves. Women, he said, who wore skimpy clothing, invited men to rape them.” - Sheik Faiz Mohammed of Lebanon

“women who did not wear a headscarf were asking to be raped.” - Islamic mufti and scholar, Shahid Mehdi speaking in Copenhagen

These statements are coming from those within the Muslim community that speak to other Muslims from a position of authority. If the comments above are what they are telling non-Muslims, what are they telling their followers?

In Australia, at least one rapist explained why he thought his actions were acceptable:

“his victims had no right to say no, because they were not wearing a headscarf.” – Pakistani Rapist, in Australian Court, Dec 2005.

In Norway and Sweden, journalist Fjordman warns of a rape epidemic. Police Inspector Gunnar Larsen stated that the steady increase of rape-cases and the link to ethnicity are clear, unmistakable trends. Two out of three persecutions for rape in Oslo are immigrants with a non-Western background and 80 percent of the victims are Norwegian women.

In addition to all the hijackers of Islam above, we have the newest hijacker, Iranian President Mahmoud Ahmadinejad. Of course he is not the only Iranian who has hijacked Islam in his country, but there is a whole bunch of Mullahs running the country with him. Just as the Taliban destroyed the anchient buddahs, Iran has been getting ready to destroy the World Heritage Site of Cyrus the Great. Then there is the banning of Western Music, and plans to segregate men and women on different sides of the street, amoung other things. Is this the hijacking of Islam, as he is rapidly trying to replicate a Taliaban-type state. Then of course are his comments concerning Israel? which part of Islam do those comments come from? If he has hijacked Islam, does this mean that the West should stop him? (How many governments have put a bulls-eye on this guy?)

For you Muslims who still believe that I am wrong and that I somehow fail to grasp the reality that Islam has indeed been hijacked in ALL of these cases, I have the following statement for you to consider:

Scores of people die (or are raped) every time that Islam is Hijacked. It is your duty to protect your religion. It is time you should consider launching your own jihad against the hijackers within your ranks. After all, eventually they will be after you too. If for some reason you think that you need to do nothing, then perhaps you should reconsider your believe that your religion has been hijacked. Because in that case, You sure don’t sound hijacked to me. It’s one thing when a hijack victim can’t do anything because there is a gun to their head. Who is holding the gun to yours?

This makes me wonder, if it is ok for a Muslim man to rape a woman because she is not covering her head, is it then ok for non-Muslims to treat a Muslim man as a possible terrorist / rapist simply because he is a Muslim man?

CAIR's "'Not in the name of Islam' Petition"

The petition CAIR’s web site (www.cair-net.org), called “Not in the Name of Islam,” allows Muslims around the world to help correct misperceptions of Islam and the Islamic stance on religiously-motivated terror.

The “Not in the Name of Islam” petition states:

“We, the undersigned Muslims, wish to state clearly that those who commit acts of terror, murder and cruelty in the name of Islam are not only destroying innocent lives, but are also betraying the values of the faith they claim to represent. No injustice done to Muslims can ever justify the massacre of innocent people, and no act of terror will ever serve the cause of Islam. We repudiate and dissociate ourselves from any Muslim group or individual who commits such brutal and un-Islamic acts. We refuse to allow our faith to be held hostage by the criminal actions of a tiny minority acting outside the teachings of both the Quran and the Prophet Muhammad, peace be upon him. 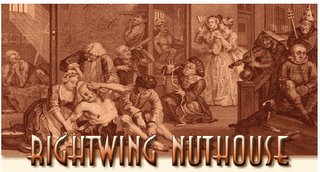 If the ku klux klan operates in the name of Jesus Christ, what then?
Generalizations of millions over the acts of fundamentalists simply foments fundamentalism from any camp.

PLEASE TAKE NOTE OF THIS WEB PAGE FOR FUTURE REFERENCES AND USE.

What is the pattern here? Religion fuels hate, violence, racism, xenophobia -- Christianity and Islam are certainly no exceptions to that and are in fact the perpetrators of the most violence in this world today. Guilty as charged. Two peas in a pod.

The difference is that abortion clinic bombers and the others rarely, if ever, claim that they are acting in the name of God or Christ when they commit acts of violence. If and when they do, THEY ARE SHOUTED DOWN BY ALL CHRISTIANS. THIS is THE point. Where are the large scale protests by muslims against their own nut-cases? Don't tell me it's because they live in countries where protesting is banned or could land them in prison-There have been protests when muslims have been killed, but few, if any, when the victims were non-muslim.