The French Navy got on the scoreboard again today by capturing 11 pirates, two pirate boats and a mothership early today.
Here is video of the capture of one of the boats:

And here are some photos: 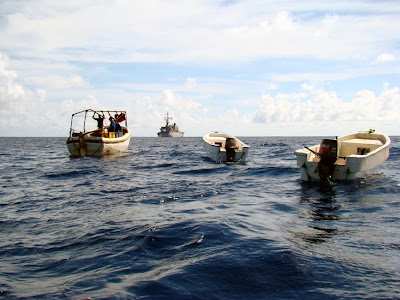 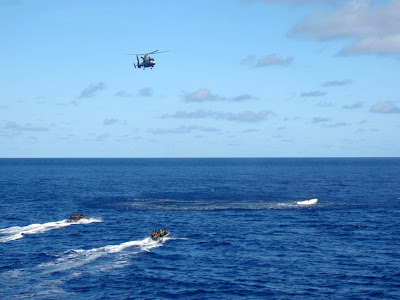 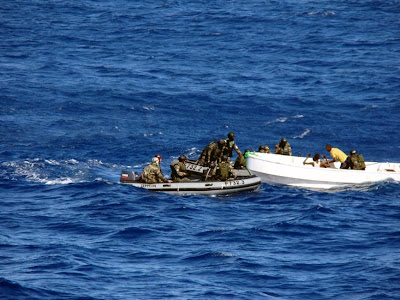 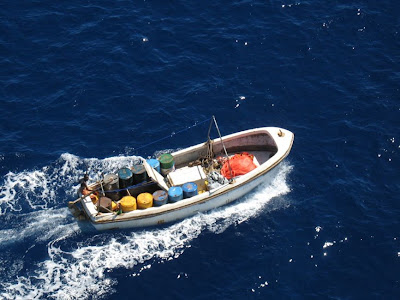 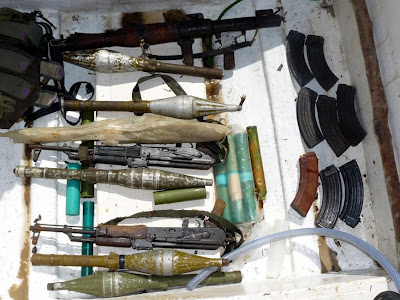 On 3 May 2009 in the morning, the frigate Nivôse, operating within the framework of the European operation Atalante intercepted 11 pirates and their boats that had been spotted the previous day by a Spanish P-3 Orion maritime patrol aircraft. The operation took place more than 500 nautical (900 km) east of Mombasa.
The pirates were sailing in 2 skiffs and 1 mother ship when they were located by the Nivôse which had deployed small boats and helicopters to intercept. Fuel, equipment and an assortment of arms (assault rifles, rocket launchers and rockets) have been seized. The pirates are currently on board the Nivôse.
The Nivôse had already intercepted 11 pirates on 15 April who have since been handed over to Kenyan authorities.
L'Atalante's European operation, launched on 10 December 2008, has 10 ships with 3 French (the Nivôse, the Albatross and the Commander Ducuing) Accompanies commercial vessels vulnerable in the Gulf of Aden and secure navigation lanes, and escorting cargo ships of the World Food Program (WFP) carrying humanitarian cargo to Somalia.
The increase in the number of attacks off the eastern coast of Somalia has led to the deployment of the Nivôse in this area. Her work is supported by an aircraft french maritime surveillance Falcon 50, which operates in the region and complements the information collected by Spanish french maritime patrol aircraft based in Djibouti. - Google Translate / Original French EMA page