Today is the 5th anniversary of the attacks on the US, starting with the hijacking of 4 commercial airliners with no survivors from the flights and the destruction of the World Trade Center's Twin Towers in NY, severe damage to the Pentagon and thousands dead.
There is a tribute to those who died called 2996 where the goal is to pay a tribute to each victim who lost their life that day. Click on the image to go to the homepage for the project:

One of the victims was Glenn Winuk. I wrote about him last year here.

I did not know anyone who died that day. I did know people that worked around the world trade center. My parents were part of the massive effort undertaken just after the attacks. My mother was a Red Cross volunteer serving meals at Ground Zero. My father was a Verizon employee who volunteered to rebuild the phone connections that were severed when the towers fell. (The Verizon phone exchange was one of the buildings adjacent to the WTC complex and was heavily damaged.) My father was injured while working there and spent a night in the hospital.

While I did not know any victims, I did know the buildings very well, visiting them often. So I would like to pay tribute to the buildings themselves. They were a beauty to see any they were an amazing example of what man can accomplish. (All photos: Fred Fry) 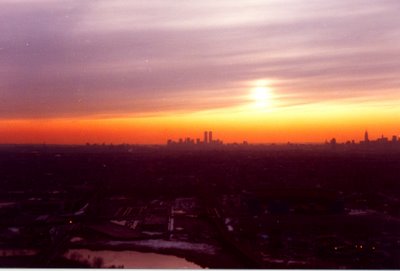 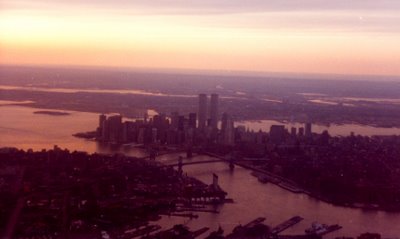 Returning from sea. March '93, just after the first WTC attack. 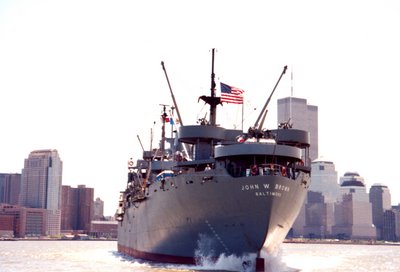 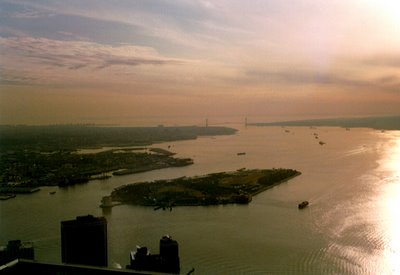 View of NY Harbor from the South Tower. December, 2000. 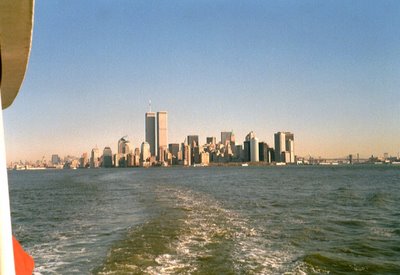 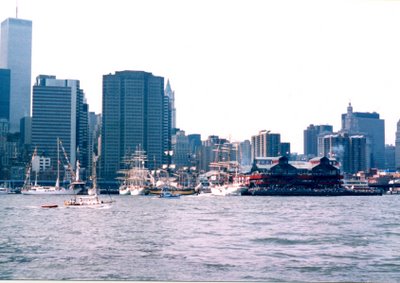 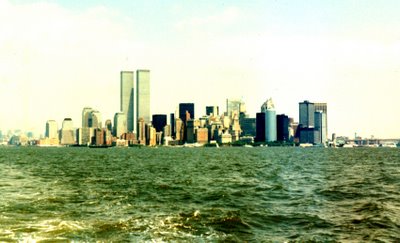 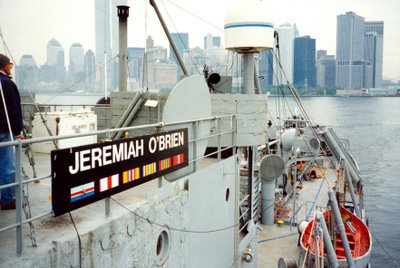 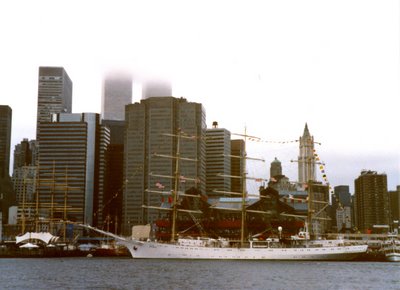 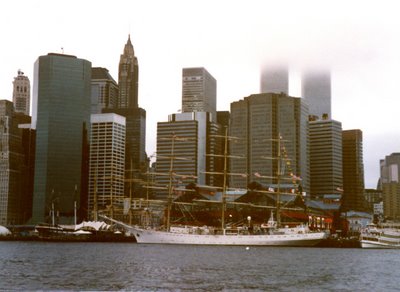 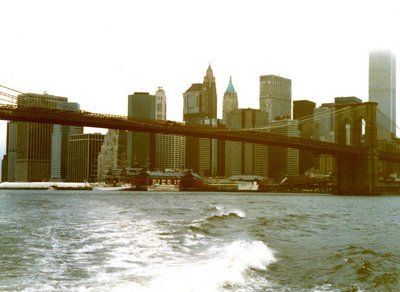 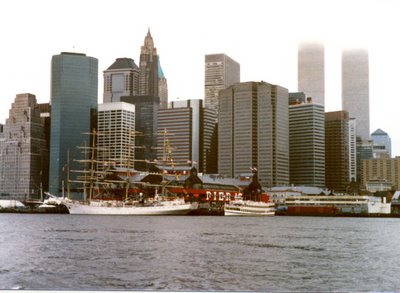 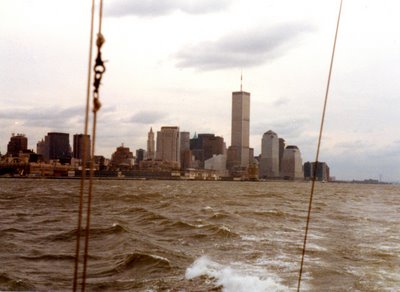 Go see a 4 minute highlight video of the construction of the Twin Towers over at Hot Air. 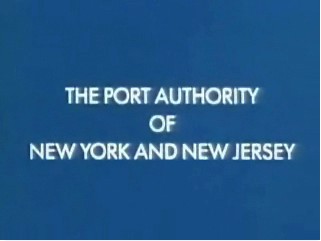