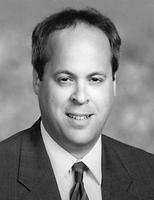 Today is the fourth anniversary of the terrorist attack on the United States.

Almost 3,000 people were murdered on that day. Mr. Winuk was one of the victims. He died trying to help others.

From "Haight’s Maritime Items" a daily email summary of maritime news from The Law Firm of HOLLAND & KNIGHT.

This Sunday marks the fourth year since the death of this firm’s partner Glenn J. Winuk in the collapse of the World Trade Center on September 11, 2001. Unlike the innocent victims who worked in the WTC when the terrorists struck or the regular firefighters or police officers who had a duty to respond to the alarms, Glenn volunteered to go to the scene and render assistance. He was an unpaid volunteer firefighter and emergency medical technician in his hometown on Long Island. He was in his office a few blocks away when the terrorists attacked. Rather than flee, he appropriated a medical kit and protective gear from a fire truck and went inside the South Tower to render aid to persons in distress. His remains were found six months later. New York State recently enacted a Bill posthumously giving Glenn active status in the Jericho Volunteer Fire Department.

I am from Bayville, NY which is just north ofJericho. Most of the firehouses on Long Island depend on volunteers to man the stations. Mr. Winuk is an example of the dedication of many who work in dangerous professions. Salaries fail to compensate for the risks these men and women take every day. Many more do it without compensation.

Read the Bill from the NY State Senate (click on the picture):