Here are some screenshots from last night's ABC World News tonight report on Iran's nuclear program featuring a speech by President Mahmoud Ahmadinejad celebrating his country's defiance of the 'will of the International Community.' (Watch the report here.) Of course they made no mention of the crowd being segregated. 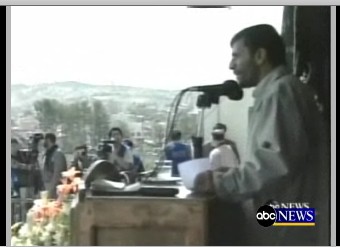 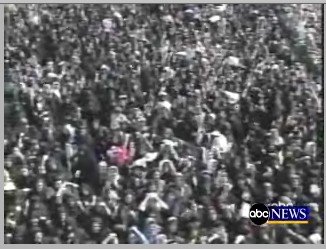 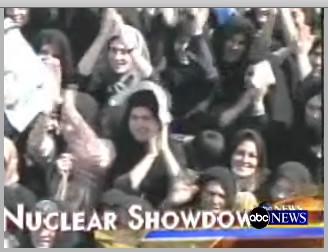 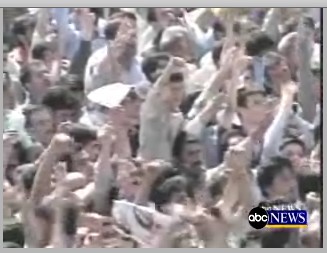 Just how do they find each other after these events, or do they just meet up back home? When you watch the report, it is kind of funny because in each scene there are either men or women. Even the scene of the pres driving down the street, the crowd looks 100% men. I have no problem with them doing that, there. But we allowed the Taliban to do this sort of crap and once they were finished, got pissed off that we didn't do the same with our women. Eventually the same will happen in Iran when all their women want to flee.

Of course his entourage is all men. 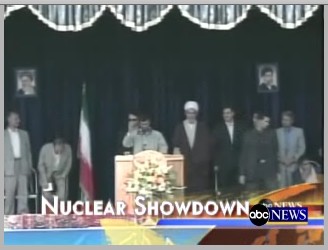 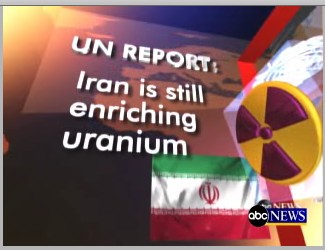 Then there is the small issue that they are continuing their march towards a bomb. Now let's watch the UN once again do nothing about this.